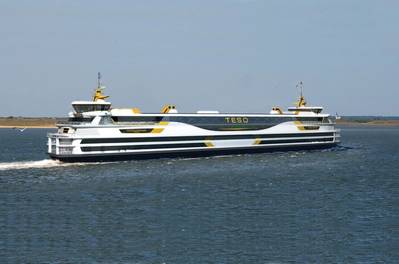 A new ferry is under construction in northern Spain to serve the Dutch island of Texel.

The vessel is powered by four main engines from Anglo Belgian Corporation (ABC) and split between two independent engine rooms, each of which can provide sufficient power to ensure normal service at least up to Beaufort 9 wind force.

Two of the ABC engines are of diesel/CNG dual-fuel type, running at a maximum 1,000 rpm, and two are 750 rpm diesels, and each has a rated maximum output of just over 2,000 kW.