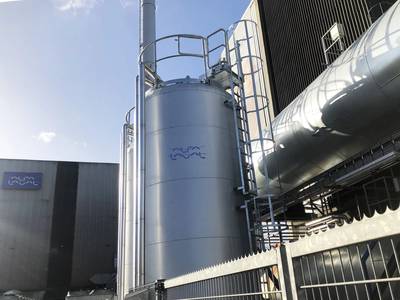 Alfa Laval says its 2800 m2 testing space – already equipped for today’s oil and gas fuels – has been readied for testing with biofuels. In coming years,  as the marine industry races to slash greenhouse gas emissions, the center will accumulate knowledge to aid maritime decarbonization.

Located in Aalborg, Denmark, the Alfa Laval Test & Training Centre is a core component of Alfa Laval’s own research and development. It is also a site for collaboration with industry partners and research institutes, which will be needed to reach IMO’s 2050 goal of cutting greenhouse gas emissions by 50% over 2008 levels. Alfa Laval, biofuel producer MASH Energy and shipowner DFDS have entered into one such collaboration, funded in part by Shipping Lab, a Danish non-profit initiative focused on smart shipping.

“Two 25 m3 tanks have been installed at the center, one of which is stainless steel and dedicated for testing of biofuels and other new fuel types,” says Lars Bo Andersen, Alfa Laval Test & Training Centre Manager. “New fuel alternatives are constantly being introduced to the marine industry, but the knowledge about their behavior in marine fuel systems is limited. We want to extend that knowledge through testing, beginning with biofuels.”

According to Alfa Laval, biofuels have high potential and will undoubtedly play a part in meeting IMO climate goals. Many such fuels are on the verge of entering the market, and Alfa Laval says it is often approached by shipowners regarding their use. Yet while they represent a significant opportunity, biofuels currently involve many unknowns.

“Biofuels are produced from many different sources using a wide range of production methods,” Andersen says. “Consequently, the end product varies. Even though producers aim to fulfil the ISO 8217 standard, fuel users may experience undesirable fuel behaviors, such as corrosion of the fuel system.”

Corrosion, Andersen adds, is not the only potential issue. “Fuel injection is steered by viscosity, which is in turn controlled by heating,” he says. “The relationship between heat and viscosity is hard to predict for biofuels, so the existing curves for HFO and LSHFO don’t apply. For biofuels to be used safely and efficiently, we have to gain more knowledge about them in order to optimize their handling and combustion.” 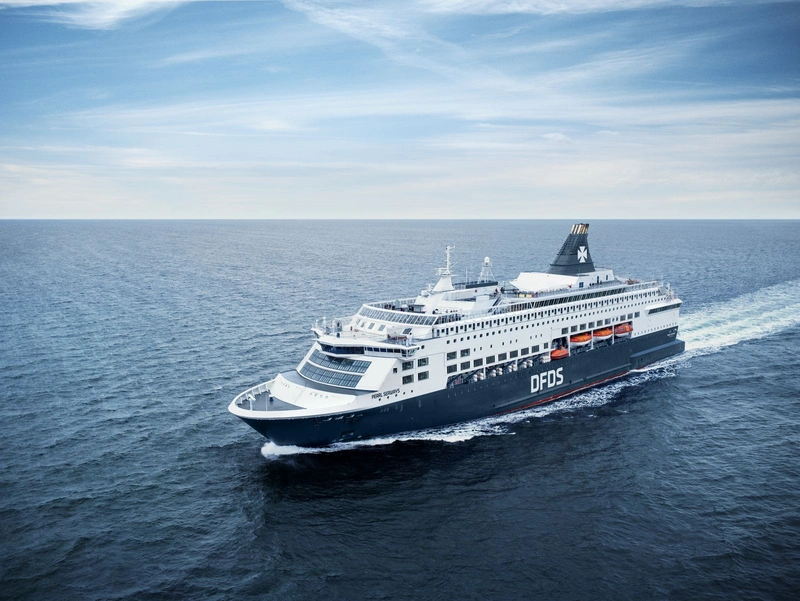 The first biofuel tested at the center will be one produced in India by MASH Energy, which is created through pyrolysis of waste biomass. Sourced from waste in this way, the fuel would be a net positive, removing CO2 from the overall carbon equation.

The dark, viscous fuel will initially be mixed with “normal” oil and be combusted using the Alfa Laval Aalborg dual-fuel boilers at the center, which will allow both flame characteristics and emissions such as NOx and particulate matter (PM) to be examined. Between the tank and the boilers, the biofuel will be treated with an Alfa Laval high-speed separator to remove any impurities.

“Depending on the results, the next stage will be combusting the fuel in the center’s four-stroke engine,” Andersen says. “That will involve a complete fuel line, including an Alfa Laval Moatti fuel oil filter and a Fuel Conditioning Module in addition to the separator. If all goes smoothly at the Alfa Laval Test & Training Centre, the aim is that the biofuel can be bunkered on the DFDS Pearl Seaways for hot water production while in Danish ports, and perhaps eventually as a fuel for the auxiliary engines.”

Samples of the MASH Energy biofuel have already been received and tested at VeriFuel in Athens. In anticipation of the full-scale delivery in Aalborg, additional preparations are being made at the Alfa Laval Test & Training Centre, for example to enable real-time viscosity and emission measurements that will improve boiler combustion control.

Alfa Laval is in dialogue with additional biofuel producers, as well as other research partners. The latter include Aalborg University, where fuels derived from hydrothermal liquefaction (HTL) are in focus. HTL is a bioconversion technology that can turn any wet organic material into an energy-dense bio-crude.

“There are many possibilities for producing tomorrow’s fuels, and testing will be needed to overcome the many different challenges in the end results,” Andersen says. “Getting to 2050 successfully will require intense research into lots of different options, which demands partnerships across the industry.”

ABS Publishes Guidance on Ammonia as a Marine Fuel

Classification society ABS has published guidance on Ammonia as Marine Fuel, evaluating the challenges in design and operation…