The vessel was designed and built to include the production specification drivetrain, battery and flight control components consumers will eventually see in the finished workboat.

The 11.5-m vessel named “Pioneer of Belfast” is powered by the Artemis eFoiler system, designed to enable the prototype to fly over the water, using "significantly less energy than a conventional workboat" according to the developer, with high-speed re-charging technology also developed.

Launched from the company’s research and manufacturing facility in Belfast Harbour, the prototype is currently undergoing sea trials to verify its technical capabilities match those from the company’s digital twin simulations, ahead of the launch of Artemis Technologies’ small workboat range next month. 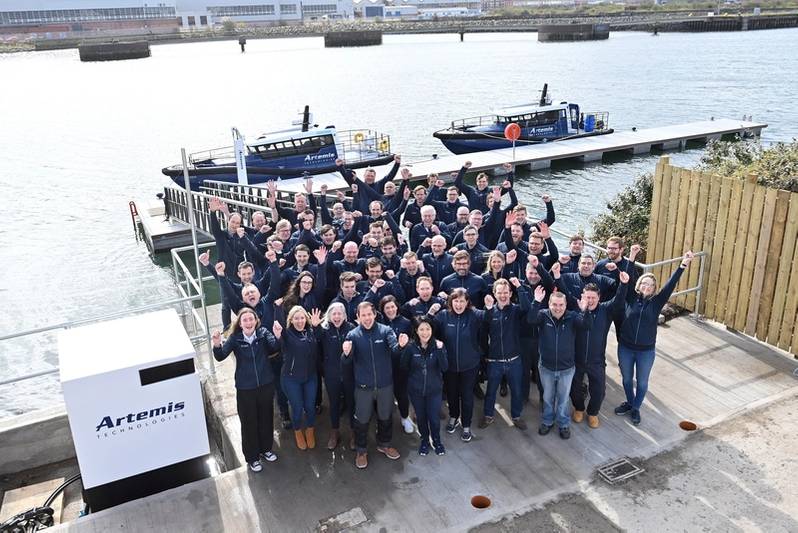