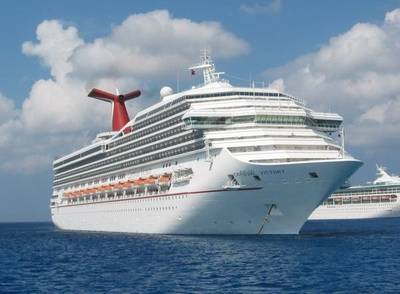 The company won orders worth $180 million in 2013 to deliver complete electrical power plants and propulsion systems for six new cruise liners that include its latest-generation Azipod XO units.The six ships include two for Norwegian Cruise Line (NCL), two for Royal Caribbean International and one each for Holland America Line and Carnival Cruise Lines.

Azipod is an electric propulsion unit, which is housed in a submerged pod outside the ship hull. The pod contains a variable-speed electric motor which drives a fixed-pitch propeller, and can be rotated around its vertical axis to provide propulsion thrust freely in any direction. The Azipod propulsion system eliminates the need for rudders, stern transversal thrusters or long shaft lines inside the ship’s hull. Since its introduction 20 years ago, the Azipod system has found favor among builders of cruise liners and ice-going ships.

“This is a remarkable run of orders for our cruise-ship power and propulsion systems, confirming ABB’s leading position in this high-end market,” said Veli-Matti Reinikkala, head of ABB’s Process Automation division. “Since the launch of the Azipod XO, nearly all of the ships ordered will be equipped with this new generation unit.”