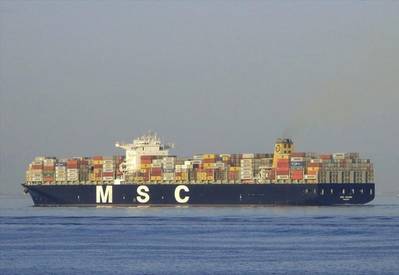 Mediterranean Shipping Company (MSC) said one of its containerships has had to pause its China-U.S. voyage after a fuel problem gave rise to engine problems on board the 366-meter vessel.

The Panamanian-flagged containership MSC Ariane had to stop at sea on April 2 due to an engine issue caused by "bad quality of fuel", MSC said.

Maersk, MSC's partner under the 2M Alliance, said a tugboat with spare parts has reached the vessel and began towing it toward Japan for repair. The stricken box ship is expected to reach Wakayama on April 7.

MSC said it is expecting the berthing schedule to be adjusted due to the repairs and ongoing congestion issues at the U.S.' top container ports in the Los Angeles area.

After a successful completion of a B30 biofuel blend test on the Suezmax Statia (2006 – 150,205 dwt), Euronav has now successfully…

U.S.-based Matson, a carrier in the Pacific, said this week it will reduce its fleet greenhouse gas (GHG) emissions by 40% by 2030…