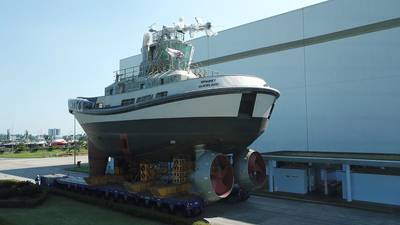 In total, some 2,240 batteries, totaling 2,784 kWh, were installed. With this, the RSD-E Tug 2513, named Sparky, will carry out two or more berthing/unberthing operations with up to 70 tonnes bollard pull on a single charge. Following, it will take just two hours for the tug to recharge to its full capacity.

For redundancy purposes, the batteries are arranged in strings. If one battery in a string were to fail, the others would simply carry on the work.

Ports of Auckland placed the order with the Netherlands-based Damen Shipyards Group in August, 2019. The ports’ intention is to be fully zero emissions by 2040.

Work continues on Sparky, and Damen said it anticipates delivery to be end of this year.

Damen has delivered seven fully-electric Ferries 2306 E3 for the City of Copenhagen in Denmark, and a fully-electric Cutter Suction Dredger 650 for an Australian client.

The shipbuilder is also constructing fully electric ferries for Ontario, Canada; a Road Ferry 6819 E3 & Road Ferry 9819 E3, as well as six hybrid Road Ferries 8117 E3 for BC Ferries, British Columbia, Canada. The hybrid vessels are being prepared for future conversion to full electric. Additionally, Damen is constructing nine waterbuses for Blue Amigo to operate in the Netherlands. Three of the vessels will be fully electric, while the remaining hybrid waterbuses will be prepared for future conversion to full electric. Damen has delivered electric vessels with a total of 20 mW of battery power to date.

Damen said its strategy is to further develop its existing ship types into electric versions. In addition to the RSD Tug 2513, Damen is also able to electrify its ASD Tug 2813. 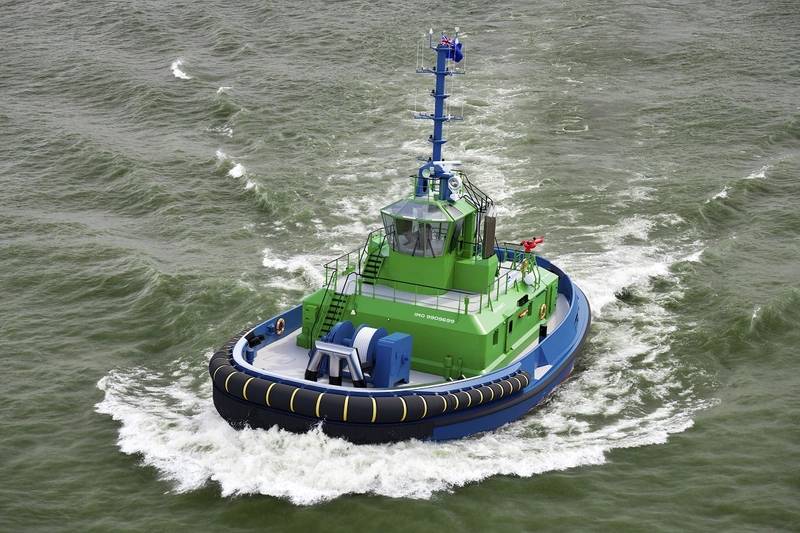 Havyard Leirvik to Convert Ferry from Diesels to Batteries

Havyard said its shipyard in Leirvik won a contract with Fjord1 for modification of the car ferry MF Lote, a ferry that will…