Behind the Scenes with Cox Powertrain 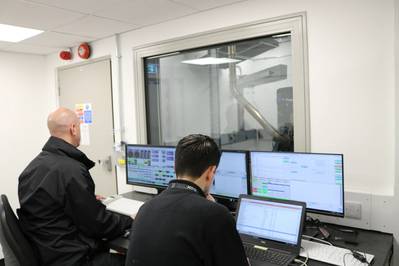 Engineers at Cox Powertrain have developed a sophisticated testing process for the company's new 300hp diesel outboard to be run through to ensure that, once the engines go to market, there are no faults or failures.

With any engineering R&D project, testing is a fundamental aspect of the process. With the production of the CXO300 just around the corner, Cox Powertrain’s Test and Development team have worked tirelessly over the past few years, continuously running an extensive testing program to ensure the engines coming off the production line meet the company’s very high standards.

We spoke to Principal Engineer, Vince Parry, to get further insights into the testing that goes on behind the scenes of the CXO300. Parry joined Cox Powertrain in 2017 back when there were a mere 50 or so employees working on the initial development of the diesel outboard.

The CVs of many of Cox’s key employees show time spent at well-known automotive brands including Jaguar Land Rover, Cosworth and Lotus, and Parry himself has worked at companies such as Audi, BMW, Mercedes Benz and Cummins.

The majority of all the testing happens at the testing facility at the headquarters in Shoreham, UK and it is here that Parry describes their duty is to ‘test, and to essentially try to break the engine by pushing it to its limits.” These tests are usually carried out in test cells which feature water tanks for the engine to be submerged in, and dynamometers for measuring the torque and the power in different controlled conditions, with varying loads. Some tests also need to be conducted on the water to see how the engine works in unison with the boat itself. However, Parry points out that often test tanks are the more reliable testing method as it is possible to control environmental conditions, such as the water temperature, and run the tests for a longer period of time. 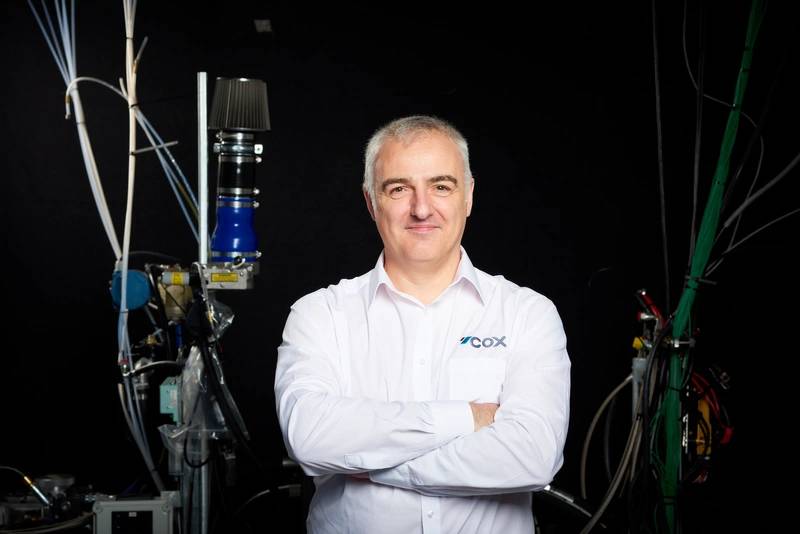 Elsewhere in the facility, individual engine parts undergo tests to assess their durability to give an understanding of how this would affect the life of the engine. For example, in one of the testing cells, a water pump will run continuously, while being lifted intermittently out of the water, to test how long it would last in challenging conditions at sea. “This is a vital aspect in the testing procedure to ensure that our engines are efficient with no faults or issues once they are with our distributors and, most importantly our end users.

The testing which is carried out provides vital data and findings which are sent to the engineers for analysis and for them to derive a solution. Cox aims to pre-empt issues that “might” occur during production and once they are with the end-users. As Parry says, “We are engineering-led so we fix things before they get to later stages.” Parry also points out that “it is essential that we fix something at the design and testing stage as it will be significantly more expensive to put the problem right once it is with the customers.”

Being designed from a blank piece of paper, specifically for marine propulsion, is something which hasn’t been seen before in diesel outboards and is one of the reasons which makes the CXO300 so unique. However, this does open up complexities and challenges for Cox, as we have no benchmarks for testing, Parry explains. “As we are developing something new, we have to be particularly thorough, especially in our early stages of engineering and testing,” Parry says, In the early stages of development, Cox engineers used the design, failure, modes and effects analysis (DFMEA) process to examine all the potential issues that could stop an engine functioning. This enabled the team to ensure these problems do not occur, explained Parry. “By applying engineering thought upfront, we tend to head off a lot of the major failures.”

“We are very close now to our engines going into production so it’s crunch time for the Test and Development team,” explains Parry. “2020 is going to be a momentous year for Cox Powertrain, one which many of us have been waiting to see happen for a few years now.” Even when Cox begins production, the Test and Development team will continue to work hard in improving the CXO300 even further.

By the end of June, Cox Powertrain aims to be producing 38 engines a week in order to keep up with the demand.