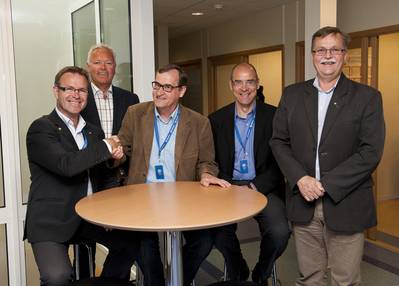 Two major propulsion system suppliers, Norway's Brunvoll AS and Finland's Steerprop Ltd. report that the companies have intensifed their cooperation in order to give their common customers; shipyards, ship owners, designers, an attractive “package” option of propulsion and maneuvering equipment.
The partnership is not limited to deliveries of mechanical equipment, but also includes cooperation with delivery of control and automation systems and after sales services. The composition of above mentioned “package” solution is that Brunvoll provides tunnel and retractable azimuth thrusters, both for maneuvering and dynamic positioning, as well as main azimuth propulsors based on controllable pitch propellers.
Steerprop provides main azimuth propulsors with fixed pitch propellers. Brunvoll has earned a good reputation by focusing on tunnel thruster and retractable azimuth thruster systems for most kind of vessels including the offshore industry.