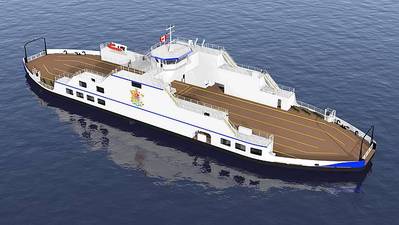 German propulsion maker Schottel has been awarded a contract to deliver main propulsion units for one car ferry of the Canadian company Western Pacific Maritime.

The newly built vessel ordered by the British Columbia Ministry of Transport and Infrastructure will be equipped with four high-efficiency Schottel TwinPropellers (STP).

The main propulsion consists of four Schottel TwinPropeller units type STP 150 L (360 kW each), driven by PEM motors. Featuring a propeller diameter of 1.1 meters, the STPs enable a speed of up to 13.5 knots. In order to ensure a fully reliable 24/7 service, a fifth structurally identical unit has been ordered as a spare unit, Schottel said.

Designed by Polar Design Sales, the new vessel will be configured as a diesel-electric hybrid with all the systems, equipment, and components ready for a fully electric propulsion in the future.

The 89-meter-long and 25-meter-wide vessel will be able to accommodate up to 61 vehicles and will reduce sailing waits. It will be fully converted to electric propulsion by 2030, once shore power is installed and ready for use on a daily basis. As part of CleanBC, the province is working to electrify the inland ferry fleet by 2040. The new ferry will be ready for service in early 2023 with more than double the capacity of the “MV Balfour”, which it will replace. 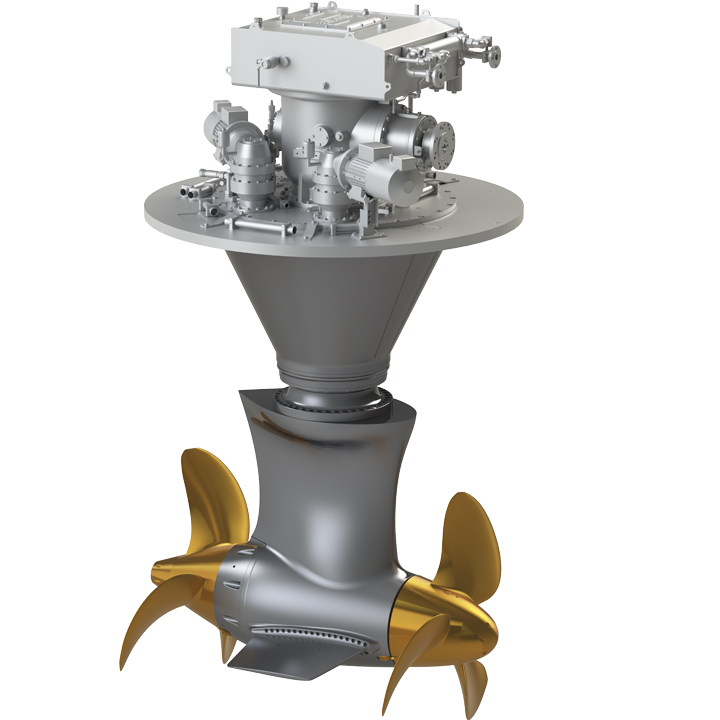 To ensure quick and easy installation at the future operational site, the TwinPropellers will be conceived as plug-and-play units. The STPs are designed so that they can be serviced while the vessel is afloat, Schottel said.

"The Schottel TwinPropeller is the ideal propulsion solution for vessels or applications with limited installation space, draught or propeller clearance. Based on the principle of the proven SRP, the STP ensures combined thrust and 360-degree maneuvering power with its two co-rotating propellers. Distributing the load over two propellers boosts the propulsion system’s efficiency and noise and vibration levels underwater and onboard are reduced to a minimum," the German company added.