Ten months of test sailing using Frugal Propulsion on the tanker Endelo Swan shows a fuel saving of 12.2%, which is now driving Uni-Tankers to install the system on more ships in the fleet.

Danish shipping company Uni-Tankers is reaping the rewards of Frugal Propulsion, a system which provides opportunities for optimizing fuel consumption on engine-driven ships.

Frugal Propulsion, which is developed by the Danish start-up Frugal Technologies, was installed on the chemical/oil products tanker Endelo Swan during docking in June 2020. The reported result is a fuel saving of 12.2%, and Uni-Tankers has therefore decided to install the system on three more ships during 2021.

“With Frugal Propulsion, we have a system that enables us to reduce the climate impact of our fleet while at the same time strengthening our competitiveness. Endelo Swan is a strong business case, and it is obvious for us to expand the collaboration with Frugal Technologies,” said Peter V. Stokbro, technical director at Uni-Tankers.

Frugal Propulsion is a patented and class-approved on-top system designed to ensure that the engine and propeller are constantly optimized in relation to draft, load, waves and wind. There are no manual adjustments.

“Our system is based on sensors, Big Data and learning algorithms which are constantly getting smarter. For the shipowner, this means that the fuel savings will increase as the system gets to know the ship,” said Peter Hauschildt, naval architect and CEO of Frugal Technologies.

Together with CTO Lars Stoustrup, an IT specialist, he established Frugal Technologies in 2017 and developed Frugal Propulsion, which has been extensively tested and documented on a number of ships at various shipping companies. These tests show an average fuel saving of 10-15% and an ROI of 6-18 months, depending on consumption.

Uni-Tankers has initially selected the tankers Fenno Swan, Feo Swan and Lillo Swan for installation of Frugal Propulsion because these ships have roughly the same construction as Endelo Swan. But the company may expand its investments further over the coming years. 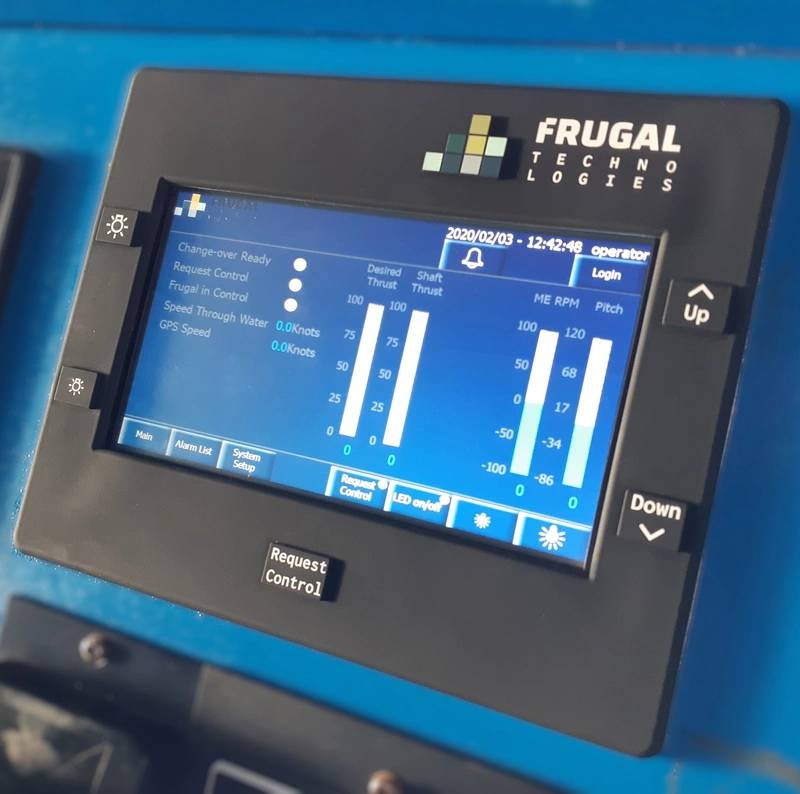 MOL to Step Up Hydrogen and Ammonia Business