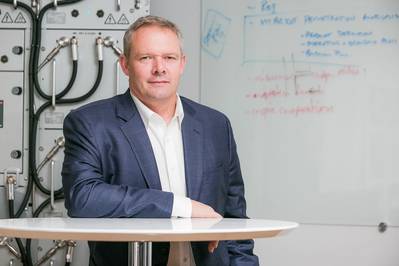 Brent Perry, CEO of Sterling PBES is a 40+ year veteran of the marine business, and one of the pioneers in delivering battery solutions to boats and ships at sea. Photo Courtesy Sterling PBES

Brent Perry, CEO of Sterling PBES is a 40+ year veteran of the marine business, and one of the pioneers in delivering battery solutions to boats and ships at sea.

Right now we are sitting in a position where we had anticipated delivering somewhere in the neighborhood of $20-21 million worth of product, which is about 35 megawatt hours. And we’re scheduled to blow past that to almost $40 million. And we’re looking at the following year as a year of over a $100 million, maybe $120 million with about a quarter of that already committed today.

Today 80% of the vessels that are under design consideration include energy storage in some shape or form. Initially it was ferries and tugboats that had the practical application and made financial sense. That’s now expanded to the point where a good portion of our business is being made up of blue water carriers. I’m the chairman of Zero Emissions Shipping Technology Association (ZESTA), and our role is to help influence IMO with sustainable legislation. Basically we’re creating metrics within IMO that ships are going to be graded on their environmental contribution or their environmental impact, with freight rates decided by environmental impact too.

You have some application challenges in that marine tends to run 24/7/365. So you can’t transfer a car technology into the marine industry. The user requirement, the service requirement, the uptime requirement is significantly different and that requires another level of execution at the engineering stage. The other is that, to be perfectly blunt, nobody needs a battery. A battery by itself is just an element. And ship owners and operators and fleet managers today aren’t looking to become experts in energy storage, they want to buy a solution. So bringing in the power electronics, AC or DC, the batteries, the fuel cells, the new fuel structures that everybody’s looking at and packaging them up into something that is turnkey so that the customer basically can plug it in, in one direction or the other and run is maybe one of the more unique challenges about the marine industry, because it’s such a complex infrastructure onboard a ship.

And the more that people incorporate energy storage, fundamentally, the better payback and the better improvement of performance that you have. I had a long conversation with an owner of 300 offshore vessels the other day, and (he) asked “what is the fundamental value of your industry?” I said, “it’s a really simple, one-line drawing. You need generation on one side, you have the battery in the middle, and then you have the application at the end. And if I can figure out how generation is going to charge my batteries, at constant speed, constant power, and my batteries are going to supply all the dynamic load that the application needs. So that’s the way I can deliver the fundamental payback that these guys need to have.” If I do that, then you have a payback today of between one and three years. And these are systems that will be installed for up to 30 years. So the metrics today are to the point where we’re not pushing into the space anymore, Greg, we’re being pulled into the space. 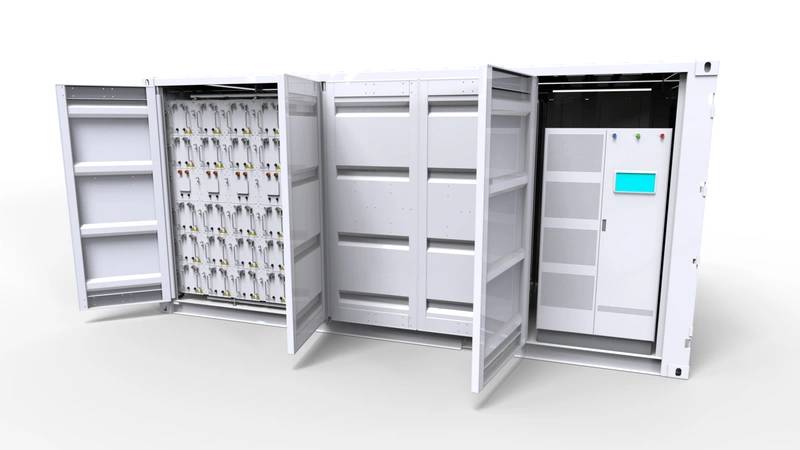 Sterling PBES created CanPower, a containerized micro grid, incorporating all of the fundamental safety and management systems. “And because we’ve changed the design of our battery a little bit, instead of it being 100-volt module, we’ve now doubled the number of cells. So it’s a 200-volt module.” Photo Courtesy Sterling PBES

That’s kind of the frightening part, Greg. Northern Europe and Scandinavia were the markets that started the ball rolling. It’s a fundamental support mechanism of powerful government support, legislative support, social support, and a willingness to actually put projects in the water.
The Northern European market has sustained itself and is growing quickly, which we’ve seen that through commitment to zero emission vessels by 2030, 2040, 2050. Now, places like the Mediterranean, Southeast Asia, India, China, even North America are starting to take up the mantle ... they are basically where we were in Norway 10 years ago. The conversations I have with the ship owners and operators feels a little bit like déjà vu, except now we can point at the number of vessels that are actually working every day.

This year, we saw the need for something beyond energy storage, and we created what we call CanPower, which is a containerized micro grid. Basically it incorporates all of the fundamental safety and management systems, incorporates the AC power conversion equipment and the energy storage itself within a box. And because we’ve changed the design of our battery a little bit, instead of it being 100-volt module, we’ve now doubled the number of cells. So it’s a 200-volt module.

We were able to increase the energy density of a 20-foot container to almost two megawatt hour, including the power electronics. On a commercial vessel, footprint size costs money, so the smaller the footprint the better. That one solution has completely transformed our business. Today we’re applying it with offshore blue water vessels as a cold ironing solution. So not only does it supplement and augment their offshore performance by replacing generators in operation during transit, but it gives them the latitude to come into a port, either under electric propulsion, if that’s part of the package.

So completely self-contained cold ironing with the ability to be a peak shave, black start, preventive performance augmentation tool when it’s doing its regular trip. Which three years ago, the cost metrics did not make any sense for that at all. We’ve recently signed a deal to provide a fleet of LNG carriers with these cold ironing solutions. The other one which is really dear to my heart is a partnership we’re building with a company called Cavotec, which provides the onshore charging connections for a lot of our battery systems. A partnership with a group like Cavotec to tie charging into our battery systems in a way that is suitable for these kinds of vessels is a unique way for us to offer a turnkey to the customer as well. And part of that is an innovation which I’m revealing for the first time: We’re launching the cartridge battery. 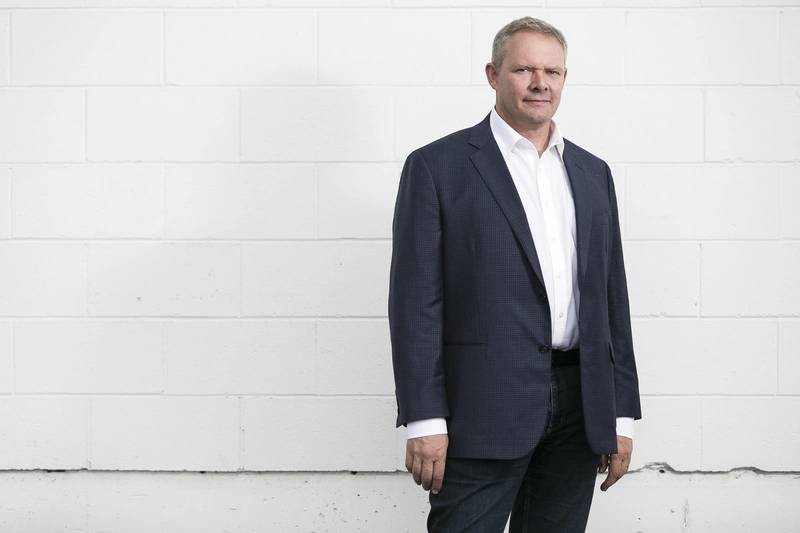 Meet the Cartridge Battery: "We’ve designed a battery system that will plug into the boat like a battery will plug onto your drill. And with a small crane onshore, we can pick the battery up and off the boat when it’s depleted, and drop in a fully charged battery," said Perry. Photo Courtesy Sterling PBES

We’ve looked at, for example, fast passenger vessels that can’t add a lot of weight. We’ve designed a battery system that will plug into the boat like a battery will plug onto your drill. And with a small crane onshore, we can pick the battery up and off the boat when it’s depleted, and drop in a fully charged battery.

And we build an infrastructure for charging the batteries on the shore, just like a car charging station. So we take away the need to manage fast charging, the added weight and everything that the battery system brings onto these boats. In essence it replace it with a battery system that’s probably lighter than the old fuel heavy engine that you had.
So you can have three or four batteries on one ship, or you can have a single battery. But what we can do now is treat the battery like it’s a switchable commodity within an infrastructure. They’ll be able to use different batteries because the form factor is all the same. And that, I think, is going to revolutionize that aspect of the industry.

Greg, the chief challenge is that the acceptance of this as a commercial technology has happened too fast. When you think about it, I have the oldest installed battery systems in the marine industry in the world, but I don’t have a system yet that has been running for 10 years. When you think about the global adoption and the pace of business growth in this market, it usually would take 10 years to be in business just to prove that you should be in the business. The knowledge that we’re gaining from every time a vessel travels with the battery is contributing to the improvement of the type approval standards, the engineering and the safety of the systems.

So managing that and working with the class and the flag authorities to ensure that we are always delivering a safe product and not letting the standards down, if you want, to deal with the demand of the market, but effectively making sure we keep everybody safe and do this, is a big challenge in the industry.

We’ve had our own technical issues in the applications as we’ve tried things that nobody had ever tried before. It’s the nature of the beast.
But we learn from them and we incorporate them into our design and make it better for the next day. But that is probably, to me, the single biggest challenge that we face is that we have to keep up with the safety and the engineering standards.