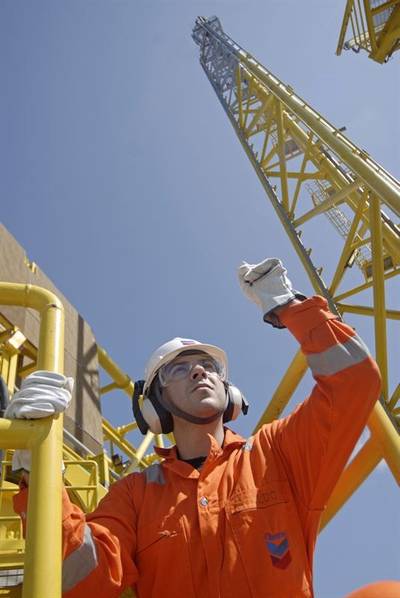 A Wärtsilä engine has satisfactorily completed 2,000 hours of a 4,000-hour shipboard testing program conducted by Chevron and reviewed by the company. After examining the results for the Wärtsilä 8RT-flex82T engine and analysis of samples of the lubricating oil, Winterthur Gas & Diesel Ltd has now issued an Interim No Objection Letter (NOL) covering the use of the lubricant. Chevron expects that a full NOL will be issued assuming the satisfactory completion of the remaining portion of the test cycle.
The interim approval allows the use of Taro Special HT 100 oil in Wärtsilä RTA, RT-flex and W-X engines as well as in Sulzer 2-stroke engines operating on fuels with sulphur contents in the range of 2.0 to 3.5% on a continuous basis.
Late last year MAN Diesel & Turbo (MDT) upgraded its interim approval to a full ‘no objection letter’ following extensive sea trials of Chevron Taro Special HT 100.
In addition to the trials for MAN and Wärtsilä engines, Chevron Marine has accumulated nearly 600,000 hours’ worth of commercial operation with Taro Special HT 100.
“This is a further piece of excellent news for Taro Special HT 100, particularly given the exacting testing regime demanded by Winterthur Gas & Diesel Ltd. This development will help broaden the appeal of our new lubricant to an even wider group of global ship owners,” said Rafael Teodoro, Chevron Marine’s Global Marketing Manager.
The development of Taro Special HT 100 was overseen from Chevron’s global research and development facility in Ghent, Belgium, which undertakes in depth analysis of many thousands of lubricant samples from deep sea vessels every year. The scientists in Ghent have formulated a new lubricant which both provides ultimate engine protection in a range of harsh operating conditions.
Taro Special HT 100 is now available in selected Chevron ports worldwide.
• Chevron • Winterthur Gas & Diesel Ltd. • Belgium
Email