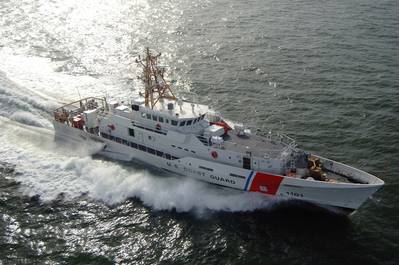 The cutter has a flank speed of 28 knots, state of the art command, control, communications and computer technology, and a stern launch system for the vessels 26 foot cutter boat.  The FRC has been described as an operational “game changer,” by senior Coast Guard officials.

The announcement was made by Bollinger executive vice president of new construction, Chris Bollinger, “We are very pleased to announce the delivery of the William Flores, to USCG Sector Miami. We look forward to the vessel’s commissioning, honoring William “Billy” Flores.”

This vessel is named after Coast Guard Hero, Seaman Apprentice William Ray “Billy” Flores, who gave his life to save his shipmates after a collision between the Coast Guard Cutter Blackthorn and the 605-ft. oil tanker Capricorn in 1980. He was posthumously awarded the Coast Guard Medal for heroism.

Wärtsilä to Supply Propulsion for BC Ferries Newbuild