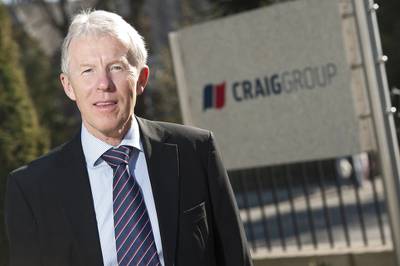 The privately owned, family-run business has reported turnover of £123.3 million with operating profits of £14.8 million.

The group, whose core activities are the provision of offshore support, ROV survey, emergency response and rescue vessels (ERRVs) and oilfield procurement, provides employment for around 1,000 people.

"We are pleased to report healthy results across all three divisions for 2011/2012. The UK oil and gas sector continues to flourish in what is still very much a fragile economic period and as a result we have been able to invest in vessels, people, premises and services."

Capital expenditure in the year of £28.4 million was mainly invested in the continued modernisation of the fleet which is the largest British wholly-owned fleet engaged in the UK offshore industry.

The total investment of £215million in new vessels since 2003 has given us one of the safest and most modern fleets operating in the North Sea which has helped us secure new business, attract the best maritime skills, improve safety and reduce our impact on the environment.

The fleet is operated by group division, North Star Shipping, who saw its turnover increase by 9.7% to £80.3 million. Four new vessels were completed during the calendar year in 2012 creating 100 jobs in the marine industry.

Mr Craig added, We are particularly excited by the potential of CIS global strategy, which will see the procurement division moving into new markets including West Africa, Central Europe and Australia over the next year."

The group continued to pursue its corporate social responsibility strategy with donations to charities and other causes totalling £375,000 in 2012.