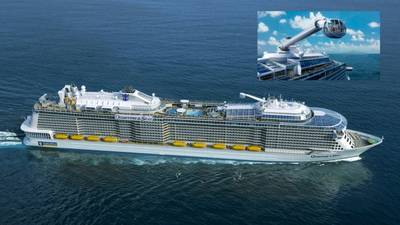 Royal Caribbean Cruises contracts for a third Quantum-class cruise ship to be constructed in the Meyer Werft shipyard.

"We are excited to construct these tremendous ships to meet guests' demand for an exceptional cruise experience," said Bernard Meyer, managing partner Meyer Werft. Meyer continued, "And we are honored by our long partnership with Royal Caribbean, a true innovator in modern ship design."

The yet-unnamed Quantum-class vessel will join the Royal Caribbean International fleet, alongside Quantum of the Seas, which will make its maiden voyage in 2014, and Anthem of the Seas, scheduled to debut in 2015.