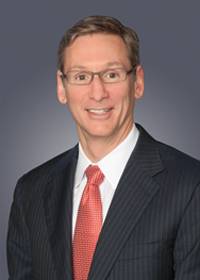 Cummins Inc. reported its results for the second quarter of 2014.

According to the report, second quarter revenue of $4.8 billion increased 7 percent from the same quarter in 2013. The increase year-over-year was driven by stronger demand in on-highway markets and distributor acquisitions in North America.

Earnings before interest and taxes (EBIT) were $657 million for the second quarter or 13.6 percent of sales. This compares to $621 million or 13.7 percent of sales a year ago.

"Demand is growing in on-highway markets in North America this year as the economy improves and we have gained market share in medium duty truck and bus markets. Our Components business delivered very strong results in the second quarter generating record sales and profits," said Chairman and CEO Tom Linebarger. "Earlier this month we raised the quarterly dividend by 25 percent and the Board of Directors also approved a new $1 billion share repurchase program, consistent with our commitment to return 50 percent of operating cash flow to shareholders and reflecting our confidence in the Company's future."

Based on the current forecast, Cummins expects full year 2014 revenues to grow between 8% and 11%, up from its previous forecast of growth of between 6% and 10%, due largely to improving demand in North America. EBIT is expected to be in the range of 12.75 to 13.25 percent of sales.