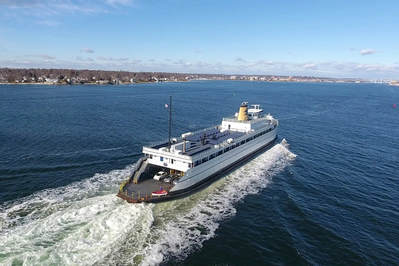 As part of the June 6, 1944 Normandy landings, the USS LST-510 (landing ship for tanks) delivered 200 GIs, and 70 tanks and jeeps to Omaha Beach. She then anchored offshore to serve as an impromptu hospital ship for the over 150,000 Allied wounded. For three months following the invasion, she ferried injured soldiers back to England and supplies back to the front, evading German U-boats and dive bombers. She was awarded a Battle Star for her meritorious participation.