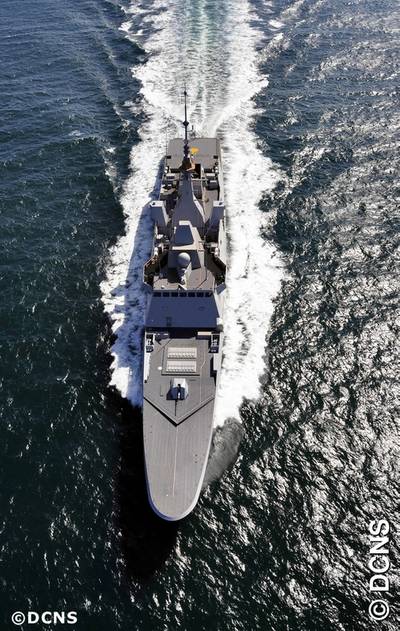 The Italian-French FREMM program marks the first application in the marine sector of GE’s LM2500+G4 gas turbine, which has 17% more power than its LM2500+ predecessor. Through Avio, 18 LM2500+G4 gas turbines will provide propulsion for the current FREMM program, which includes six ships for the Italian Navy, 11 ships for the French Navy, and one ship for the Royal Moroccan Navy.

In November 2012, France’s first FREMM frigate Aquitaine was delivered to the French Navy by shipyard DCNS. According to DCNS, five FREMM frigates are currently under construction at its Lorient, France, center.

In July 2012, Italy’s first FREMM frigate Bergamini was delivered to the Italian Navy by shipyard Fincantieri. Commissioning activities have commenced on Italy’s Fasan and Margottini, and France’s Normandie frigates. The remaining three Italian Navy ships and nine French Navy ships are expected to launch approximately one per year from 2014 through 2017 and 2022, respectively.