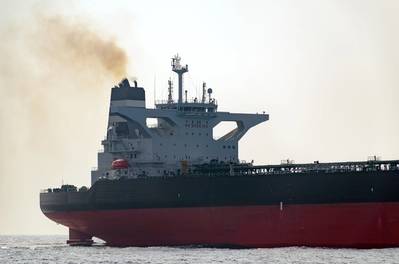 Global demand for oil-based marine fuels is set to fall in the next three decades as stricter carbon emissions rules for the shipping industry kick in and alternative fuel use climbs, consultancy Wood Mackenzie said on Friday.

The U.N.'s International Maritime Organization (IMO) is set to formally adopt energy efficiency regulations in June that aim to reduce the carbon footprint of new and existing ships by 40% by 2030 compared with 2008 levels.

By 2050 the IMO aims to reduce the overall greenhouse gas emissions from ships by 50% from 2008 levels.

Adoption of the upcoming efficiency rules would achieve the IMO's 2030 target and cause a decline in global bunker fuel demand of around 370,000 barrels per day (bpd) by 2030 compared to the current outlook, Iain Mowat, a principal analyst at Wood Mackenzie, told Reuters.

Even with these reductions, global consumption of marine fuels, currently estimated at just under 5 million bpd, is expected to grow to 5.9 million bpd by 2030, said Mowat.

The use of liquefied natural gas (LNG) in marine fuels could limit the growth in carbon emissions from the shipping sector and is expected to further displace nearly 700,000 bpd of oil bunkers by 2030, Wood Mackenzie said in a report on Friday.

"In our current outlook we have the overall size of the marine bunker market dropping to less than 5.6 million bpd by 2050, of which oil bunkers accounts for less than 3.6 million bpd," said Mowat.

But with LNG's carbon content still high relative to low-carbon alternatives, demand growth for the super-chilled fuel as a shipping fuel will also slow after 2040 as zero-carbon fuels, such as methanol and ammonia produced from green hydrogen, become more prevalent, said Mowat.

"A major shift towards low- and zero-carbon fuels by 2050 is absolutely required to reach IMO's target to halve overall greenhouse gas emissions," he said, resulting in a further 900,000 bpd decline in oil bunker demand by 2050.