Denmark Slated to Get Its First LNG Ferry 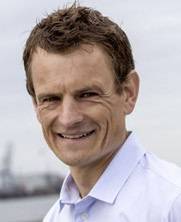 October 1, 2014 is the date set for the ferry’s first journey between the island of Samsø and Jutland on the Danish mainland. The new ferry can carry a maximum of 600 passengers and 160 cars.

Danish OSK-ShipTech A/S designed the new ferry and has also conducted the EU tender process on behalf of Samsø Municipality. Remontowa Yard in Gdansk, Poland has been chosen to build the vessel, which will be classed by DNV.

The owner of the new ferry will be Samsø Municipality, which is responsible for the route crossing the Kattegat. In 1997, Samsø was selected to become Denmark’s first renewable energy island. Focusing on renewable energy and environmentally friendly solutions, Samsø achieved that goal in 2003 and is today a net exporter of green power.

“The new LNG-fuelled ferry owned and operated by the municipality will fit into the island’s environmental profile,” said Samsø’s Mayor Jørn C. Nissen. “We have a continuous focus on environmental improvements. So far, we’ve wiped out our carbon footprint by using a combination of wind and solar power and biofuel.”

He continued, “Replacing heavy fuel oil with liquefied natural gas will remove all sulphur from the new ferry’s exhaust gas, reducing nitrogen emissions by some 85% and also reducing the CO2 emissions significantly.”

DNV was the first class society to develop rules for LNG-fuelled ships back in the year 2000. Less than a year later, the first ferry started to operate on a Norwegian fjord. At today’s date, 38 LNG-fuelled ships are currently in operation and DNV classes 36 of them. The huge majority operate in Norwegian waters or close to Norway’s coast.

The Samsø ferry, which will be Danish-flagged, is one of some 30 LNG-fuelled newbuilds ordered for delivery within the next two years. Two more Danish-flagged vessels are among these 30 newbuilds and Fjordline, their owner, will soon be operating these two large ferries between Denmark and Norway.