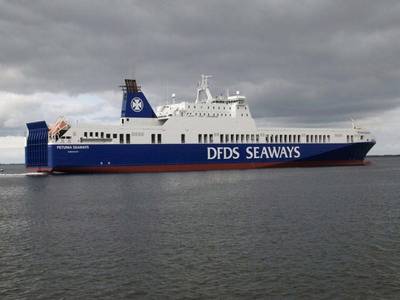 North European ferry operator DFDS has said in an internal newsletter that its engine room crews across the fleet are: "...all extremely focused on saving fuel by testing new and creative ideas and they are never satisfied with what they have achieved, but always looking for further improvements."

By employing a number of operational tweaks, engine room staff at one of its vessels, Petunia Seaways, has reduced bunker consumption year on year for the first half of 2012, equivalent to annual savings of 179.2 metric tonnes (mt) of fuel oil and 100.8 mt of marine gas oil (MGO). DFDS estimates that this equates to annual savings of DKK 1,568,500 ($255,536) at current bunker prices.

This achievement has been entered into the company's internal bunker prize competition, which encourages crew on DFDS ships to compete for bunker fuel savings.