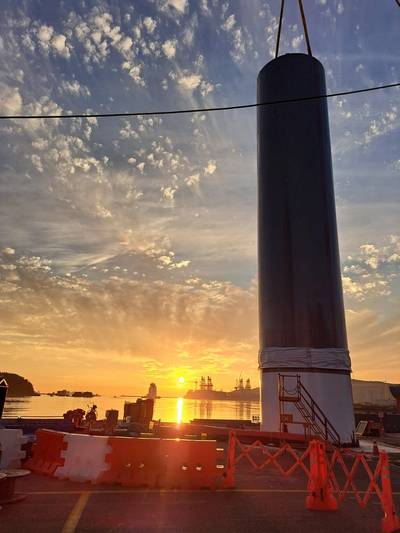 Wind-assisted propulsion will be the focus of a major innovation drive between DSME and DNV as part of shipping’s global decarbonization efforts. 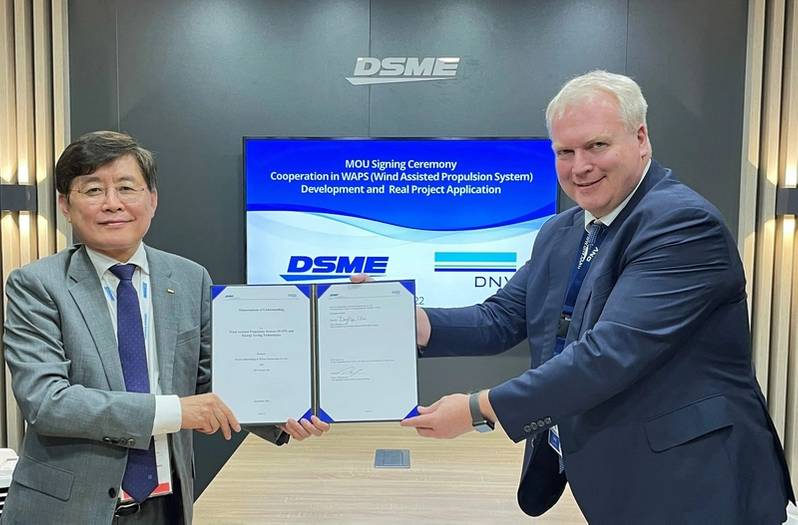 "The rotor sail system is one of the next-generation eco-friendly technologies that use wind power to reduce ship fuel and greenhouse gas emissions. It provides additional thrust to a ship’s propulsion power through aerodynamic forces generated by a rotating cylindrical column (rotor sail) installed on deck,"DNV said.

In March 2021, DSME’s Rotor Sail System had obtained Approval in Principle from DNV. In addition, DSME is in the process of producing a prototype of the full-scale DSME Rotor Sail to perform various tests, and it is scheduled to be completed by the end of October 2022.
DNV provides a range of services related to Wind Assisted Propulsion Systems, covering classification, certification and advisory. Additionally, DNV said had updated its rules and would release enhanced standards ensuring general safety improvements for ships with WAPS.

"Achievements through our continuous cooperation led us to the signing of today’s MOU. DNV’s expertise in WAPS technology will greatly support DSME and the industry’s decarbonization efforts,” said Vidar Dolonen.

Dong-Kyu Choi affirmed, "The rotor sail system is a proven technology. The collaboration with DNV will speed up the realization and commercialization of innovative WAPS technologies."