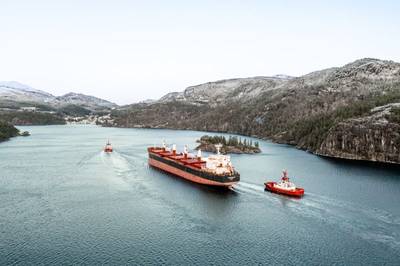 A broad range of vessel owners and operators, from dredging contractors to cruise lines, have started to run their ships on biofuels as the global maritime industry explores ways to decarbonize.

Eagle Bulk, which first trialed biofuels aboard one of its vessels in 2021, said the latest test aboard Stamford Eagle was performed in partnership with the vessel's charterer, French multinational mining and metallurgy company Eramet and its subsidiary Eramet Norway, reducing Eagle Bulk’s scope 1 emissions and Eramet’s scope 3 emissions.

"This most recent biofuel voyage demonstrates our ability to partner with charterers who share our commitment to sustainability initiatives and emissions reductions," Eagle Bulk said.