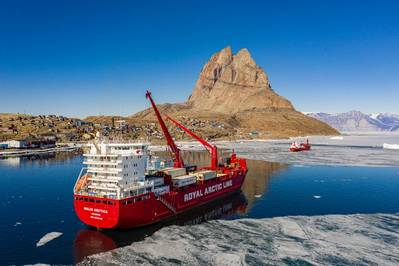 A new patented and class-approved on-top system for intelligent engine management promises a 10% reduction in a ship’s fuel consumption with a payback period less than 18 months, says the solution's developer Frugal Technologies.

To date, the system, Frugal Propulsion, has been installed and tested on four cargo ships at different shipping companies, resulting in average fuel consumption savings of 10-15% after a run-in period. For many feeder ships, ro/ro vessels, chemical tankers and ferries will correspond to 2-4 tonnes of fuel per day.

In fact, one of the shipping companies, Royal Arctic Line, intends to install Frugal Propulsion on additional ships in its fleet following good results on its containership Malik Arctica.

At the end of 2019, Royal Arctic Line installed Frugal Propulsion onboard the three-year-old ice class container vessel Malik Arctica, and they have seen a significant improvement in the ship’s performance on the long voyages between Denmark and Greenland.

“We have a payback period of 10-12 months, which makes Malik Arctica an attractive business case,” Larsen said. “At the same time, we are reducing the ship’s CO2 footprint and supporting our ambition to protect the fragile climate in the Arctic. Therefore, we have indicated that we are ready to enter into a dialogue about a Frugal solution for another of our cargo ships.”

Frugal Propulsion was installed over the course of a few days while Malik Arctica was in port. Variable frequency drives was subsequently installed during docking, and allows the ship to sail with variable revolutions on the main engine, thereby achieving a further reduction in fuel consumption.

Frugal Propulsion is an intelligent learning-control system that integrates with the ship’s existing propulsion control system (PCS). Using sensors, Big Data and advanced algorithms, the system ensures that the machine is constantly optimized for the draught, load, waves and wind.

Peter Hauschildt, Naval Architect and CEO of Frugal Technologies, said interest in Frugal Propulsion is growing because fuel is by far the largest ongoing expense on cargo ships. He sees the successful collaboration with Royal Arctic Line as a big step towards a breakthrough for the Danish company.

“Ships transport the vast majority of the world’s trade, so there is enormous potential in making them more efficient – both in terms of finances and the climate. With Frugal Propulsion, we add artificial intelligence and Big Data to the control of the engine and propeller, while ordinary control only involves static factory settings. It offers some unprecedented opportunities to optimize fuel consumption,” Hauschildt said.

Frugal Propulsion hits the market at a time when efficiency is in great demand as the shipping industry strives to achieve its goal of a 70% CO2 reduction per shipped tonne by 2050. A report by The International Maritime Organization (IMO) published in August 2020 shows that the shipping industry’s total greenhouse gas emissions increased by 9.6% from 2012 to 2018. One of the reasons is that the industry’s improvements in carbon intensity have not been sufficient to keep up with the growth in world trade. Frugal Propulsion therefore offers itself as a technology that can immediately help to push development in the right direction. 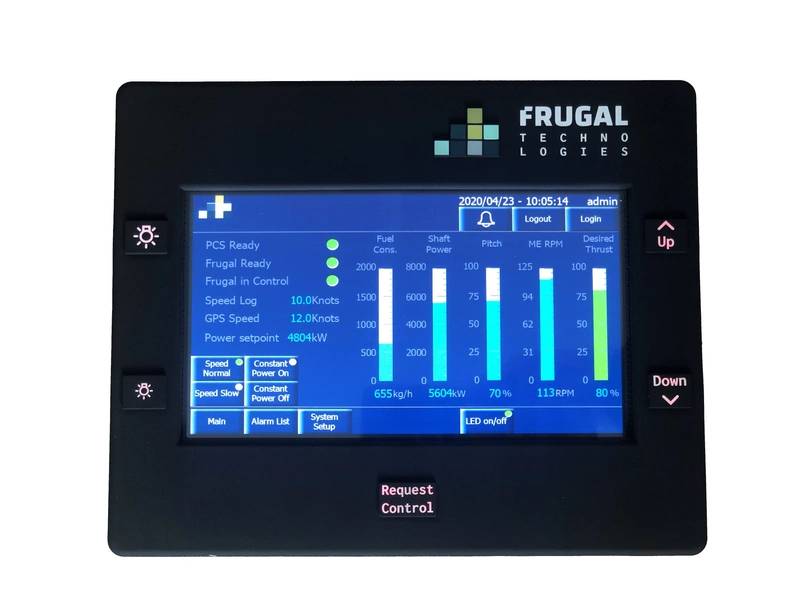