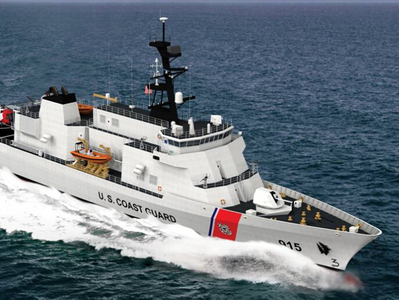 Fairbanks Morse was awarded contracts by the prime contractor, Eastern Shipbuilding Group, to build the engines for both Argus and the second OPC Chase.

The OPC is a 360 foot-long vessel that will be powered by two FM | MAN 16V 28/33D STC diesel engines, with each engine rated 7,280 kWm (9,763 brake-horsepower) running at 1,000 revolutions per minute. The first OPC engine has been built and was delivered to Eastern in Panama City, Fla. in January 2020. Fairbanks Morse has completed testing on the PTO engine, which is expected to be delivered to ESG in June 2020.

The OPC is designed to conduct missions in support of the nation’s maritime security and border protection. The OPC will provide a capability bridge between the national security cutter (NSC), which patrols the open ocean in the most demanding maritime environments, and the fast response cutter (FRC), which serves closer to shore. The OPCs conduct missions including law enforcement, drug and migrant interdiction, search and rescue, and other homeland security and defense operations.