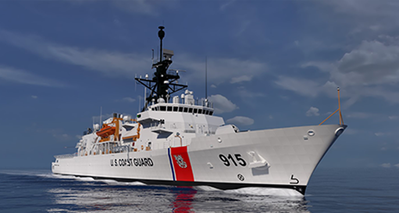 “Fairbanks Morse engines will help the OPCs perform the mission-critical task of preserving the country’s maritime security. We are honored to continue providing powerful and reliable engines to this essential program,” said Fairbanks Morse Defense CEO George Whittier. “No matter what the temperature is or how big the seas are, FME’s resilient engines are ready for the challenge of serving alongside each and every cutterman that crew an OPC.”

The OPCs will act as a capability bridge between the National Security Cutter (NSC), which patrols the open ocean, and the Fast Response Cutter (FRC), which serves closer to shore. The vessels will also be capable of carrying an MH-60 or MH-65 Helicopter and three operational Over-The-Horizon (OTH) small boats. They will be equipped with highly sophisticated combat systems and will enhance the USCG’s ability to execute various missions that range from drug interdiction to marine environmental protection.