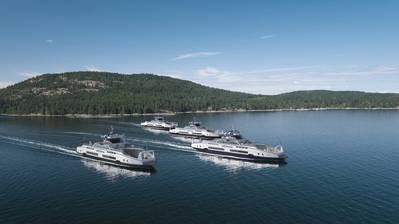 Each of the four newly built vessels will be equipped with two high-efficiency SCHOTTEL Twin Propellers. The main propulsion for each ferry consists of a pair of electric motors – each rated 950 kW at 1,700 rpm and driving the SCHOTTEL STP 340 azimuthing thrusters. Provided with a propeller diameter of 1.85 meter, the STP enables a free-sailing speed of 14 knots.

By sharing the load between two propellers, the risk of cavitation is minimized and tip clearance is increased, SCHOTTEL said. Both of these characteristics, in turn, lead to lower underwater radiated noise and vibration levels. This concept also improves the efficiency of the propulsion system and reduces fuel consumption compared to single propellers, according to the manufacturer.

BC Ferries announced the vessel order in November 2019. The four newbuilds – built to Damen’s Road Ferry 8117 E3 design and also known as the “Island Class vessels” – will be capable of carrying up to 300 passengers and crew as well as 47 vehicles.

The third and fourth new vessels will service the Campbell River – Quadra Island route and the fifth and sixth new ships will serve the Nanaimo Harbor – Gabriola Island route by 2022. 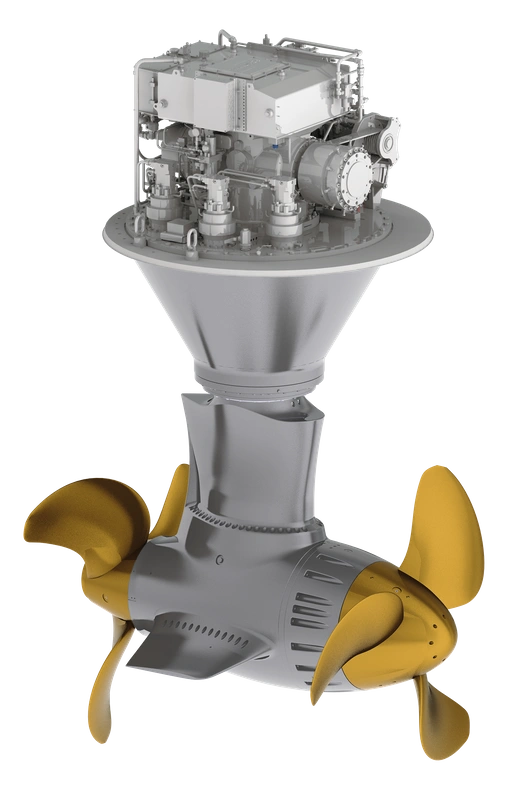 German yard Abeking & Rasmussen has begun the construction of two minehunting vessels for the Indonesian Navy.MAN has won…

One of the world’s oldest tugboats, the 117-year-old, steam-driven Daniel Adamson, is set to return to service offering short…