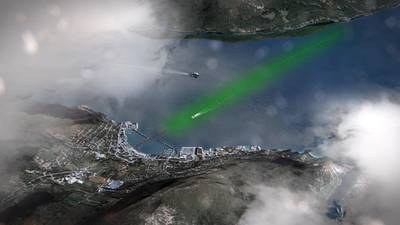 The system will control the ferries as they cross the fjord between Flakk and Rørvik connecting the peninsula of Fosen with Trondheim.
New ferry contracts in Norway have strict yearly limits on energy consumption as part of the commercial agreement between the ferry operator and the customer, in this case the county authority Sør-Trøndelag Fylkeskommune. Automatic are designed to ensure consistent behaviour -- hence predictable energy consumption -- during the journey.
The Captain will supervise the automatic system and intervene using traditional maneuvering systems if needed. In the first deliveries the Captain will manoeuvre the ferry manually the last few meters to the dock. If the Captain is not, for some reason, able to take manual control, the system stops the vessel at a safe distance from the quayside and keeps it safely positioned automatically until further action can be taken.
Rolls-Royce expects shortly to be able to integrate the system into a variant of its award winning Unified Bridge. The company is also looking to test an extension of the product allowing automatic berthing in the near future.
Construction of the Multi Maritime designed vessels will take place at the Kleven owned Myklebust Verft Shipyard in Norway, starting in May.
The vessels are due for delivery in late 2018 and will begin operation on 1 January 2019. The order follows Rolls-Royce’s announcement of the sale of its first automatic crossing system to Norwegian ferry company Fjord 1, which will use the system to control two new double-ended battery ferries as they cross between Anda and Lote on the 1330 km long E39 which connects communities along the west coast of Norway.
• energy consumption • ferry operator • Norway
Email