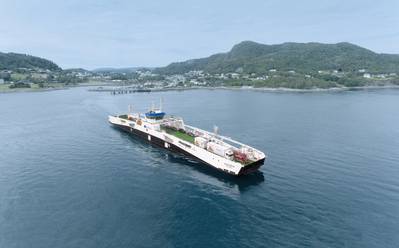 Festøya, the first in a series of four new hybrid ferries due for delivery to Norwegian ferry operator Norled in 2020, entered service in mid-July.

The double-ended RoPax ferries are being built at the Remontowa shipyard in Poland. Two of the 114.4 m long and 17.7 m wide Norled ferries will service the Festøya-Solavågen route and are capable of taking on board up to 120 cars and 296 passengers. The other two vessels will operate the Mannheller-Fodnes route and are certified to carry more, with a maximum of 395 passengers.

The series' final vessel was launched in late July, and the second vessel, Solavågen, started sea trials on August 1.

Each of the four ferries features two SCHOTTEL EcoPellers type SRE 340 powered by a diesel-electric hybrid system and operated by green battery power during transit.

The main propulsion for the LMG 120-DEH design vessels consists of electrically driven SCHOTTEL EcoPellers type SRE 340 with 2.1 m diameter fixed-pitch propellers. According to the manufacturer, these thrusters allow economical operation of the newly built vessels at a service speed of 10 knots and a free running speed of 12.5 knots.

In operating mode, the required power is supplied by two rechargeable battery packs installed on board. A shore charging system, which also includes an automatic mooring system, recharges these batteries from the mains when the vessels are docked. The vessels only use generators, run on 100% biodiesel, in an emergency. 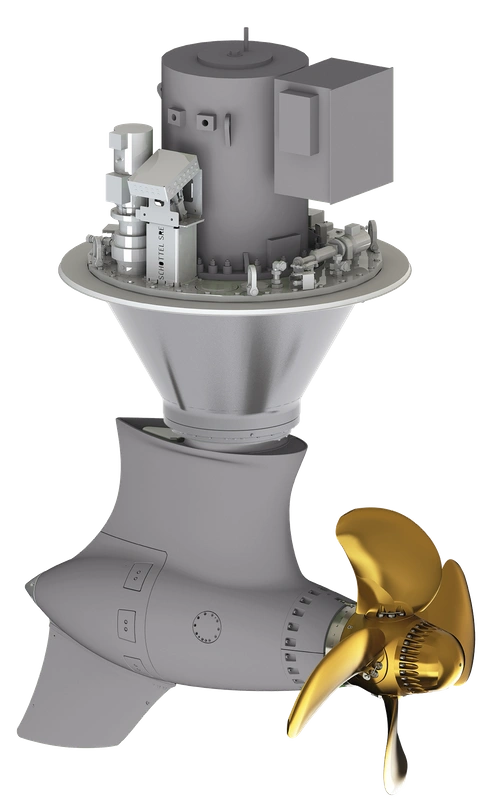