A veteran journalist based in Oslo, William Stoichevski has written thousands... 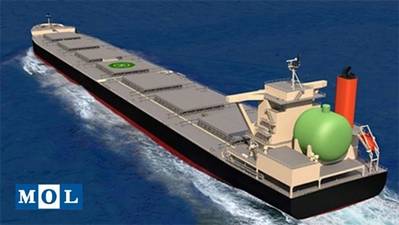 To say there is uncertainty regarding 'future fuels' in the maritime sector is a big understatement. With numerous options evolving, we asked William Stoichevski to produce the 'future marine fuel manifesto' for the May 2022 edition of Maritime Reporter & Engineering News. Here we look at methanol.

In just 12 years, the EU has moved from compelling the use of LNG to renouncing it in favor of battery power and then putting LNG partly back on the mantle of clean fuels. In Norway, during that time, Oslo’s industrialists heavily promoted biodiesel for cars before climbing aboard the all-electric bandwagon and forcing generous financing for Teslas.

Despite the social engineering, there is now greater certainty on decarbonizing ship’s engines. Under the IMO sulfur cap, ship owners have strived to comply by choosing lower-sulfur fuels or scrubbers, depending on price, says Christos Chryssakis, DNV business development manager and a decarbonization expert.

“Fuels have been available. (Not having them) was one of the concerns before 2020. This has not been the case,” he says. Low-sulfur HFO and MGO were made available by refineries once at odds with shipowners over who’d pay the lower-sulfur tab, producer or end-user.

Back in 2019, Chryssakis says, scrubbers were installed on larger vessels based on an assumption that low-sulfur fuels would be pricier. It was thought that 10 to 15 percent of marine fuel consumption would, by 2022, be high-sulfur fuels with installed scrubbers.

“What happened in 2020 is that after a couple of months, we actually saw that the charter age for ships with scrubbers was higher. Then we got COVID and oil prices dropped dramatically in just a few weeks. That meant that the price differential between high- and lower-sulfur fuels was not there. Ships with scrubbers were still using high-sulfur fuel, but it wasn’t making the case for more scrubber installations.”

Now, with a European war underway, fuel oil prices and the price differential between high and low-sulfur is up again. “Scrubbers are very attractive again, but I don’t thing we’ll be seeing more scrubber installations. It’s just that for those who have scrubbers, they have an incentive to keep on using them for as long as possible.” So, scrubbers are attractive today, just not in newbuilds, “because people have a different focus, and that is decarbonization.” 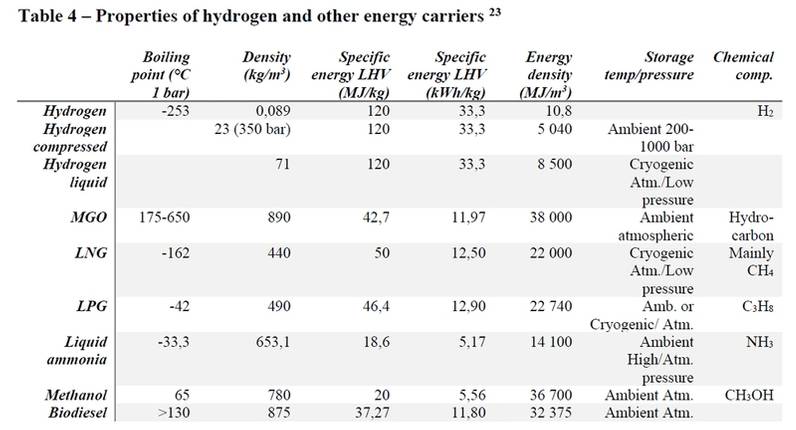 The properties of some future fuels. Source: NCE Maritime Cleantech

Engine maker MAN is working on a number of engine types, and 2023 should see one that can run on methanol or diesel. Company exec, Thomas Hanssen, says 2021 saw “a massive order uptake of ships not using bunker as fuel”, or at least not as an only fuel. He says dual-fuel has come to stay “for all segments,” especially for powering smaller-bore gen sets and supplying electricity to avoid the dreaded “black ship at 2 a.m.”.

Methanol’s combustion performance “might not be best-in-class”, he says, but it does allow priority to be given the electrical supply in a MAN-made engine. MAN execs note that four-stroke RPMs are “10-times faster” with methanol, so you need more fuel in the combustion chamber — and a larger chamber.

Challenges with Methanol
Chryssakis says methanol has benefits, especially for crews. “From among all of the alternative fuels that we have, it’s the one that’s easiest to handle,” he says, adding that “the CAPEX or investment for a vessel is relatively low because you don’t have cryogenic or pressurized tanks”.

Methanol might need more space than LNG for plant and storage, up to two-and-a-half-times more space than with fuel oil, or about what LNG needs. But, apart from room, “The main challenge is how do you produce green methanol, and if we’re going to have enough green methanol when we need it, and of course at what price,” the DNV expert says, a nod to the stated aim of getting methanol from renewables. Those ordering vessels with methanol-capable engines today are “trying to secure green methanol production, and what we see in general is that potential producers are trying to understand what the demand will be. So, I think it’s the chicken and the egg story we had with LNG—producers are not certain about the demand, the ship owners are not certain about the supply.”

DNV confirms, however, that ship owners and potential suppliers of methanol are talking volumes and filling locations. Owners know methanol will be pricier but that it’ll be inline with other greener fuels. In some segments, like container shipping, charterers are seen paying extra knowing that, “In the medium and long-term, we’re going to have regulations that will ask for less carbon in fuels.”