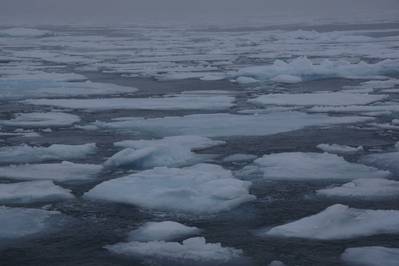 The U.S. needs a better strategy to coordinate and prioritize its policies related to the Arctic region, according to a Government Accountability Office (GAO) study out today that was released by Reps. Rick Larsen (WA-02), Tim Bishop (NY-01), John Garamendi (CA-03) and Senator Lisa Murkowski (AK).
The GAO study focused on U.S. participation in the Arctic Council, a voluntary body started in 1996 that includes the eight Arctic nations—Canada, Denmark, Finland, Iceland, Norway, Russia, Sweden and the U.S., as well as indigenous groups and other stakeholders. The State Department leads participation for the U.S.

Larsen introduced a bill with Rep. Jim Sensenbrenner (R-Wis) last month to establish a U.S. Ambassador at Large for Arctic Affairs and has strongly supported additional investments in icebreakers.

“The Arctic is the Northwest Passage of the 21st century, but today’s GAO report is another sign that the U.S. is falling behind in Arctic policy. With next year’s chairmanship of the Arctic Council, it’s time we appointed an ambassador to this important body. We also need to make investments in infrastructure like icebreakers to maintain a strong presence in this increasingly important region. Our country has major commercial, environmental and security interests in the region and we should start prioritizing them,” Congressman Larsen said.
“If the United States hopes to maintain its presence in the Arctic, it is time to get serious about the region. The GAO report clearly points out that there is much more we could be doing to protect our interests, both economic and security-related.  I look forward to continuing to work with my colleagues to explore how we can better prioritize our Arctic policies,” Congressman Bishop said.

“A warming climate that is opening up the Arctic to commercial shipping, the intense global competition for energy resources, and the absence of a comprehensive and binding international Arctic management regime are threatening to turn this emerging region into the Wild West. It is imperative that we avoid that scenario. Accordingly, the United States should demonstrate purposeful leadership within the Arctic Council to advance U.S. interests and obligations. We should also ensure that federal agencies involved in the Arctic, especially the United States Coast Guard, have a coordinated game plan and sufficient resources to meet these challenges,” Congressman Garamendi said.

“This GAO report underlines and highlights the core threat to America’s future as an Arctic nation: we’re late in carrying out a needed path ahead and we need our agencies to work together as we move forward. This is one of the reasons we need an Arctic Ambassador with the authority to make decisions, and coordinate and oversee projects as we’re at this crucial juncture. The United States will be chairing the Arctic Council starting next year, which will either be an opportunity to highlight our leadership, or undermine it depending on our government’s approach,” Senator Murkowski said.