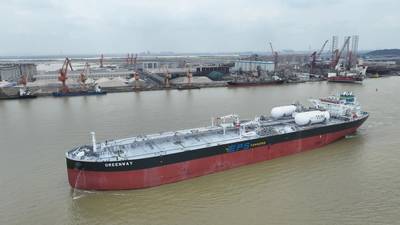 The Stena Pro Marine was handed over to Proman Stena Bulk, a joint venture between Sweden’s Stena Bulk AB and Switzerland-headquartered Proman, with another sister vessel due to be delivered later this year and three more have been ordered to the same design. 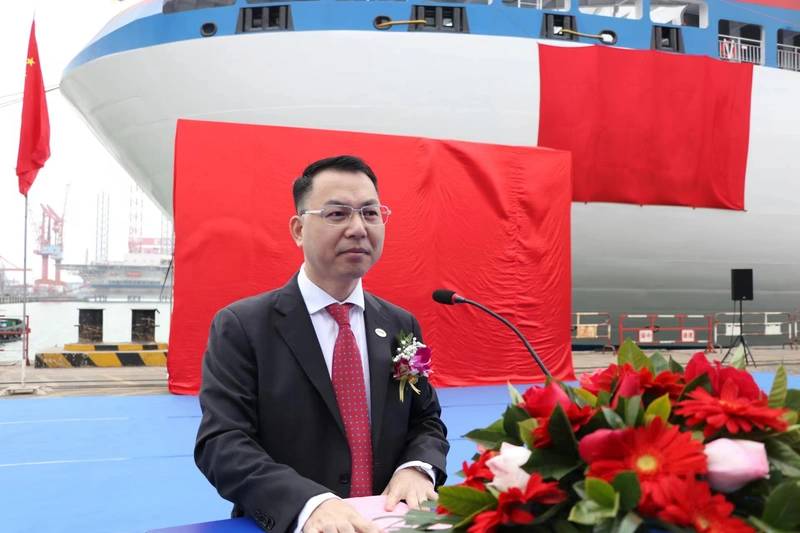 Zhou said GSI has already established itself as a prolific builder of dual-fueled ships, with 32 among its references, including its current orderbook. However, although he said the company has gained experience from building LNG- ships, he said building the first methanol-fueled ships and the first dual fuel suezmax “is an incredible achievement for us.”

Anita Gajadhar, MD of Proman Shipping, Marketing and Logistics, said, “Vessels such as the Stena Pro Marine demonstrate to shipowners and policymakers that the industry can take proactive and immediate steps on the decarbonization pathway.

“Proman and other producers are ramping up investments in low-carbon methanol technologies and renewables projects to meet rapidly expanding customer demand. As regulators continue to propel much-needed maritime decarbonization, including the EU's 'Fit for 55' legislative package, these vessels underline the importance of a regulatory framework that relies on one certification methodology for alternative fuels and accurate emission measurements of all fuels, including reduced carbon-intensity fossil-origin products, which play an important early role in accelerating the switch to cleaner fuels and enabling the pathway to net-zero.”

Erik Hånell, President and CEO of Stena Bulk, said, “We’re proud to be able to add Stena Pro Marine alongside Stena Pro Patria to our fleet with this delivery announcement. We truly believe that these vessels are not only a step forward for MR tanker design but are also a clear statement of intent to the market. They showcase our confidence in methanol as an important and viable solution for the future of sustainable shipping.”

Stena Proman fleet ships can go a long way to showcasing how methanol can be deployed safely and at low cost, according to Zhou. “The systems are less complicated than those of LNG and LPG-fueled vessels,” he said. “As soon as classification societies drafted rules on using methanol as fuel, GSI began to get involved and it is wonderful to see the first two ships built and delivered. We did a huge amount of research on methanol in advance of this project communicating with equipment manufacturers and class. We expect to see many more shipyards embracing methanol ships now, but we are very proud to be one of the first. Again I would like to thank Proman, Stena, our team, MAN engines as well as the class society DNV for all they are doing to make this bold ship design and fleet a reality.” 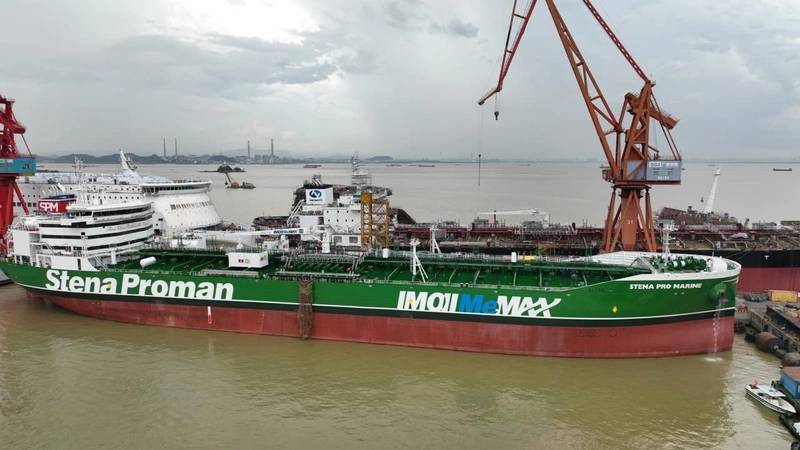