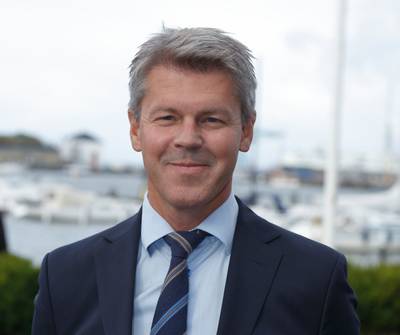 Stefan Sedersten, previously the COO and shareholder of the former Berg Propulsion AB, has a decade of experience in different roles within Berg. Sedersten is the chairman of Lean Marine Sweden AB and I-Tech AB (publ.), businesses focused on marine equipment and vessel optimization.

The current team within Caterpillar Propulsion will transfer with the sale ensuring continuity of support for current and future customers.

Stefan Sedersten is committed to preserve continuity with Caterpillar customers and dealers and to maintain a close business relationship with Caterpillar Inc., supporting both MaK and Cat marine sales, as well as developing its products and services further with other customers in the marine sector.

“My message to customers, suppliers and other external partners is clear – we will honor all existing contracts and agreements and make sure to safeguard a seamless transition,” Sedersten said.

Headquartered in Öckerö Islands outside Gothenburg, Sweden, Caterpillar Propulsion AB has designed and manufactured heavy-duty marine thrusters and controllable pitch propellers since the late 1920s. Its proprietary systems are employed in maritime applications throughout the world.

Upon closing of the sale, the products and services will be branded Berg Propulsion.