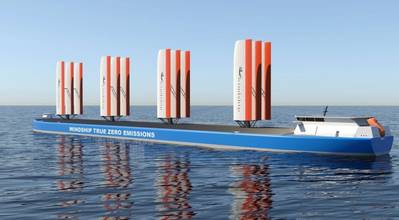 Harvey's remit will be to convert the progress that has been made in the overall Windship Technology auxiliary wind power system and to commercialize the proposition, the company said.

Harvey has spent a lifetime in and around the marine industry having studied ship science at the University of Southampton. A member of the Royal Institute of Naval Architects, his career saw him rise to Head of Technology at SP Systems Limited, a privately-owned manufacturer of advanced composite materials, before assuming the Managing Director role in 2005.

Winds of change are sweeping the maritime industry as vessel owners and operators seek ways to reduce vessel emissions. A…