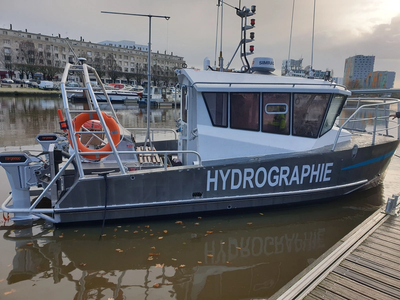 The eight-meter aluminum vessel, dubbed Cassiopée, is powered by a dual electric/diesel propulsion system. The newbuild is designed to transit at 20-25 knots under diesel power between the home port and the acquisition area, then shift to the electric outboards while performing scans of the seafloor.

Electric propulsion and hybrid drives manufacturer Torqeedo said it worked closely with the naval architect and shipyard to specify, install and integrate the electric propulsion package consisting of two Cruise 10.0 R electric outboards, each powered by four Power 48-5000 lithium batteries. It also includes an intelligent Battery Management System that automatically monitors all components and communicates with the onboard computer.

“The dual-mode propulsion system gives the best of both worlds – high-speed transits to maximize uptime on station and efficient, emission-free slow-speed operation for long periods when conducting an underwater survey,” said Franck Souchay, captain of Cassiopée. “The boat operates on electric power at a speed of 5 knots for 6 hours, which perfectly covers our needs in electric mode on a working day. Then the batteries are recharged at the pier during the night.”

Cassiopée collects data used to map the underwater landscape, ensuring safe navigation in and around the port. The vessel is equipped with a new multibeam echosounder that replaces the single-beam system used on the previous boat. The new sounder will provide more precise data that will be used to refresh the port’s bathymetric charts and to conform with the standards of the International Hydrographic Organization. 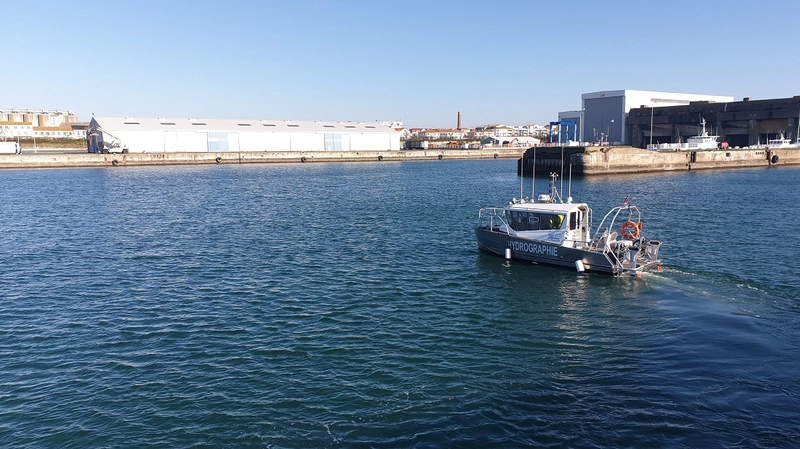