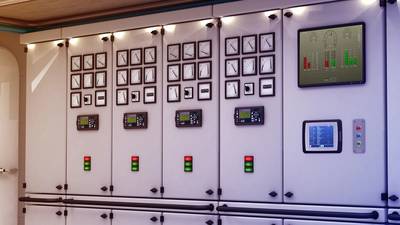 With hybrid power solutions becoming more of the norm in super yacht circles, RH Marine introduced pre-composed hybrid packages to convert conventional super yachts power systems to battery powered hybrid solutions. The three pre-engineered packages that can be installed onboard an existing yacht during a refit. The three packages vary in size and energy storage from 250 kWh up to 750 kWh, so there’s a package to fit every yachts requirements.

Adding batteries as an extra power source allows the generators to run on an optimal load, increases comfort by having power and being able to maneuver without running the engines. For instance when entering a harbor or diving in emission control area’s (ECAs). The hybrid solution also guarantees a reliable shore supply, solving the problem of blackouts in harbors and allowing complete silence on board during anchoring while the hotel load runs on batteries and engines can be switched off.

Carbon emissions from shipping rose in the six-year period to 2018 and accounted for 2.89% of the world’s CO2, a study released on Tuesday showed, ami