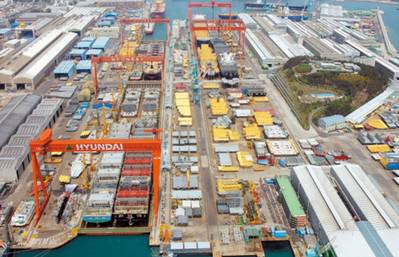 Hyundai Heavy will issue a stake of about 20% in new shares within the year, the shipbuilder said in a statement.

The money will go toward the development and construction of green ships and facilities, advancement of technologies such as dual-fuel propulsion and autonomous sailing ships, as well as toward investments in companies with fuel cell technologies, it said.