ICS Urges Shipowners to Get EEDI 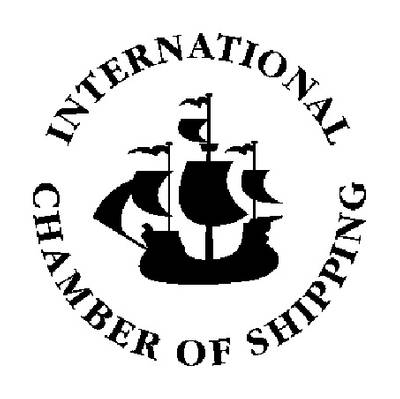 The Board of Directors of the International Chamber of Shipping (ICS), whose member national shipowners’ associations represent all sectors and trades and over 80% of the world merchant fleet, met in London on 13 September.

ICS members expressed great satisfaction with the adoption in June, by the International Maritime Organization (IMO), of a package of technical regulations to help the shipping industry further reduce its CO2 emissions on a global basis.  ICS members stressed that this demonstrated that IMO was eminently capable of regulating shipping’s CO2 emissions, and that with the full support of the industry IMO was ahead of the curve and well placed to supplement this with the development of Market Based Measures for shipping.  The ICS Board reiterated the preference of the majority of the industry for an environmental compensation fund, to which any contributions by ships would be primarily linked to fuel consumption, rather than an emissions trading scheme.

Now that IMO has adopted binding regulations, that will enter into force in 2013, ICS hopes this will be sufficient to dissuade governments from pursuing detailed CO2 rules for shipping at the UNFCCC or through regional requirements, for example by the EU.  Such alternative measures would only be likely to apply to a proportion of the world fleet and would therefore deliver far smaller total emission reductions than global measures agreed through IMO.  Such alternative measures would also fundamentally upset the global level playing field that the shipping industry needs to carry world trade efficiently.

“ICS national associations will be lobbying their governments hard on these points, and in support of IMO, in advance of the next United Nations Climate Change Conference, in Durban in December.” said ICS Chairman, Mr Spyros M Polemis.

With respect to the adoption of the IMO Energy Efficiency Design Index (EEDI), which must be applied to new ships, the ICS Board considered the theoretical right of flag States to issue waivers to shipowners taking delivery of new ships, which had been agreed by IMO for political reasons in order to allay concerns amongst developing nations.  The ICS Board concluded that no responsible shipowner would want to order a new ship (that was covered by the new IMO regulation) without an EEDI, since this would almost certainly impact on in its ability to trade.Mr Polemis explained  “As a signal of good faith and commitment to the uniform global implementation of the IMO agreement on CO2, ICS strongly recommends that all ships of a type for which the index has already been agreed should be delivered by shipyards with an EEDI - regardless of any flag State waiver that might be available for a limited time.” Having taken this decision in principle, ICS will be developing guidance to explain the implications of this recommendation to shipowners within the next few weeks.

The ICS Board reviewed the continuing piracy crisis in the Indian Ocean, with over 3,000 seafarers having been kidnapped for ransom by Somali pirates since the situation first developed three years ago. ICS members agreed to use every opportunity to continue highlighting the severity of the crisis, and the reality that the international community has ceded control of the Indian Ocean to criminal gangs, despite the best efforts and dedication of military navies in the area. "The truth about governments’ failure, and the terrible suffering endured by captured seafarers, might be unpalatable to many politicians.” said Mr Polemis. “But our expectation is that the frequency of attacks against shipping will escalate again dramatically, once the monsoon season is over.  The current military response – with only a handful of navy ships available to provide protection on any given day – has just been a sticking plaster on a gaping wound.   We have still not yet seen the political will from governments needed to develop a comprehensive military strategy that will have a decisive impact.

“It is ironic that the world has just marked the anniversary of the tragic events of ‘9/11’, following which very radical measures were taken, such as the IMO ISPS Code, to reduce the possibility that shipping might be used by terrorists to attack society at large – measures that have cost the shipping industry billions of dollars to implement.  However, for all the talk of maritime security during the last 10 years, governments have so far failed to protect shipping, and the smooth flow of world trade, from being literally held to ransom by Somali criminals.”