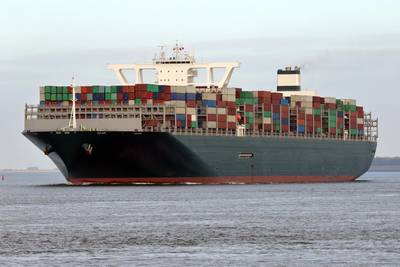 At least $1 trillion of investment in new fuel technology is needed to enable the shipping industry to meet U.N. targets for cuts in carbon emissions by 2050, a study published on Monday showed.

The global shipping fleet, which accounts for 2.2% of the world's CO2 emissions, is under pressure to reduce those emissions and other pollution. About 90% of world trade is transported by sea.

U.N. shipping agency, the International Maritime Organization (IMO), aims to reduce the industry's greenhouse gas emissions by 50% from 2008 levels by 2050, a target that will require the swift development of zero or low emission fuels and new ship designs using cleaner technology.

In the first study into costs, researchers estimated that the cumulative investment needed between 2030 and 2050 would be between $1 trillion to $1.4 trillion, or an average of $50 billion to $70 billion annually for 20 years.

If the shipping industry was to fully decarbonize by 2050, this would require further investment of some $400 billion over 20 years, bringing the total to $1.4 trillion to $1.9 trillion.

"Our analysis suggests we will see a disruptive and rapid change to align to a new zero carbon system, with fossil fuel aligned assets becoming obsolete or needing significant modification," said Tristan Smith, reader at University College London's (UCL) Energy Institute, which was involved in the study.

Apart from more than a decade of tough market conditions, the shipping industry is also contending with the exit of many European banks from providing finance, leaving a capital shortfall of tens of billions of dollars annually.

The remaining 13% of investments are related to the ships themselves including the machinery and onboard storage required for a ship to run on low-carbon fuel.

The estimates were based on ammonia being the primary zero carbon fuel choice.

The study was carried out by UMAS which includes UCL and the Energy Transitions Commission, a panel of global experts. It was conducted on behalf of the non-profit Getting to Zero Coalition, which includes the Global Maritime Forum and World Economic Forum, which is meeting in Davos this week.

Want to Cut Emissions? SLOW DOWN

Merchant ships traditionally operate in the open sea at or near full speed. This is hard on the engine, hard on the ship and hard on the crew.