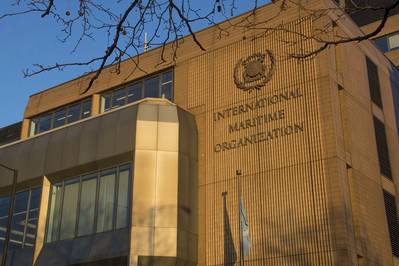 The United Nations shipping agency on Tuesday approved measures to boost energy efficiency in vessels as part of efforts to reduce the industry's carbon footprint, a UN spokeswoman said.

Green groups opposed the approval, saying it would allow the shipping sector's share of emissions to keep rising over the next decade, when limiting global warming to less than 2 degrees Celsius, in line with the 2015 Paris climate accord, requires greenhouse gas emissions (GHG) to be halved.

"The IMO has decided that emissions can keep on growing for 10 years at least. Their complacency is breathtaking," John Maggs of the Clean Shipping Coalition said.

The IMO has said it aims to reduce overall greenhouse gas emissions from ships by 50% from 2008 levels by 2050, but is under pressure to speed up action.

Shipping officials have also said the industry must act now to meet the 2050 targets.

IMO Secretary General Kitack Lim said on Monday at the start of the MEPC that it was "of utmost importance that the IMO continues to deliver on the implementation of the initial GHG strategy by means of concrete measures".

About 90% of world trade is transported by sea. Carbon emissions from shipping in the six-year period to 2018 accounted for 2.9% of the world’s CO2, the latest IMO-commissioned study showed in August.

The next MEPC session, scheduled for June 2021, is expected to formally adopt the new measures.