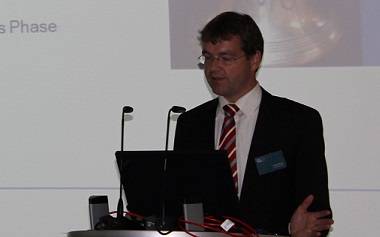 Germanischer Lloyd's traditional recap of the latest session of the Marine Environment Protection Committee (MEPC) of International Maritime Organization (IMO), focused on the surprising developments at the 65th session. MPEC 65, held in London in May, saw the IMO potentially postpone the introduction of the TIER III NOx limits contained in regulation 13 of MARPOL Annex VI, scheduled to come into effect in 2016, to 2021.

Apart from the turn around on NOx, the 65th Session saw adjustments to the compliance timeline for the Ballast Water Convention (BWC), development of the guidelines for cleaner ship recycling contained in the Hong Kong Convention, an expansion of the energy efficiency design index (EEDI) to cover additional ship types, new measures to promote greenhouse gas reduction in shipping including a proposed update to the IMO's green house gas study, and the reestablishment of the correspondence group on ship recycling to finalize thresholds and exemptions to the Inventory of Hazardous Materials (IHM) guideline. The forum was held at GL's Head Office in Hamburg and more than 60 representatives from the maritime industry meet to consider the new measures, hear presentations from GL and industry experts, and discuss the likely impact of the changes for the industry.

NOx Tier III: possible delay of implementation
Ralf Oldenburg from MAN Diesel & Turbo (MAN), looked at the most significant and for many surprising news from MEPC 65, the amendment to delay implementation of the NOx Tier III limits contained in regulation 13 of MARPOL Annex VI. Mr. Oldenburg presented some of the systems MAN have developed to meet the requirements. These were well under development, he noted, with exhaust gas recirculation (EGR) and selective catalytic reduction (SCR) already having been shown to be able to meet the Tier III limits onboard test vessels. All that remained, he said, was to bring these products to market - something that would be easily achieved for the original 2016 entry into force date. The next session of the MEPC would determine the final outcome of the Tier III implementation date, he said, with a two thirds majority vote required to confirm the new 2021 date.

Ballast water
The BWC has yet to enter into force and the delay in its adoption meant that the schedule for compliance on ballast water management (BWM) had had to be adjusted, explained Ralf Plump, from GL's Department of Safety and Environmental Research. It was agreed at MEPC 65 that the time line for compliance with the D2-Standard (ballast water treatment) of the BWC should be shifted so that all ships constructed before the entry into force date would have to comply with the D2-Standard at the first renewal survey of the International Oil Pollution Prevention certificate. Mr. Plump noted that further to these changes discussion had arisen as to the timing and methods of sampling used for ballast water and the application of the Convention to offshore units and the use of drinking water as ballast was agreed upon.

EEDI - Expansion to new ship types
MEPC 62 saw the adoption of the Energy Efficiency Design Index (EEDI), the first ever industry wide global regulation to reduce carbon dioxide emissions. The EEDI has been in force for most ship types from January 2013, Martin Köpke, GL expert on Safety & Environmental Research, outlined how MEPC 65 had seen the expansion of the EEDI to cover cruise passenger ships as well as all types of RoRo ships (RoRo cargo (vehicle carriers), RoRo cargo, RoRo passenger ships) and LNG carriers. Also, from MEPC 65 onwards, icebreaking vessels will be exempt from the EEDI requirements, he said.

He noted that the session had also seen the adjustment of some of the correction values in the EEDI calculation, the Approval of the 2013 Guidance on treatment of innovative energy efficiency technologies, and the adoption of the 2013 Interim Guidelines for determining minimum propulsion power to maintain the maneuverability of ships in adverse conditions.

CO2 emissions - Technology Transfer and GHG Study
Torsten Mundt, Topic Manager Environmental Research at GL, outlined the new Resolution on Promotion of Technical Cooperation and Transfer of Technology relating to the Improvement of Energy Efficiency of Ships. The work item was designed to enable cooperation in the transfer of energy efficient technologies to developing countries, he said. The terms of reference for a study to update the greenhouse gas (GHG) emissions' estimate for international shipping, were also adopted, he said, and this study would focus on updating the current IMO GHG Study from 2009 with its results due to be submitted for MEPC 66.

Ship Recycling
With incoming EU regulations on ship recycling close likely to be implemented this year, the topic of safely and responsibly dealing with ships at the end of their lifecycle is a key one for international shipping.

Jens Rogge, GL Ship Recycling Lead Auditor, looked at some of the changes to the IMO regulations at MEPC 65. A working group had been established and agreed on changes to some of the general threshold values in the IHM guidelines, he said. Furthermore, a Correspondence Group continued to work on the exemptions and the terms of the IHM guidelines, which remain unchanged until MEPC 66.