UK to Insist on Zero Emission Ships from 2025 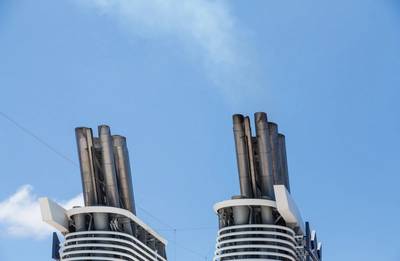 Britain's government on Thursday said all new ships ordered from 2025 and aimed for its waters must be equipped with zero emission technology, as part of a new plan to cut maritime pollution.

Britain last month announced a target to reach net zero greenhouse gas emissions by 2050, making it the first among the major G7 countries to set such a goal.

As part of a new "Clean Maritime Plan" unveiled on Thursday, the government said ships ordered from 2025 onwards must have zero-emission capabilities. Such vessels usually can be powered by batteries or biofuels, for example, and maintain a fossil fuel alternative as a back up.

"The government is also looking at ways to incentivise the transition to zero-emission shipping and will consult on this next year," the British transport department said.

It said a 1 million pound ($1.25 million) competition had been launched to find news ways to cut maritime emissions.

Britain's maritime sector has already taken steps to reduce emissions. Hybrid ferries are already being used in UK waters, including in the Scottish islands and on cross-Solent journeys to the Isle of Wight.

Volvo Penta to power three hybrid and hybrid-ready ferries currently being built at GS Marine Production AS. GS Marine is…

High Speed Transfers goes global with BareFLEET, as the firm commits to monitoring and reporting best practice proven across…