Interview: A Return to Wind Power with Tuomas Riski & Norsepower 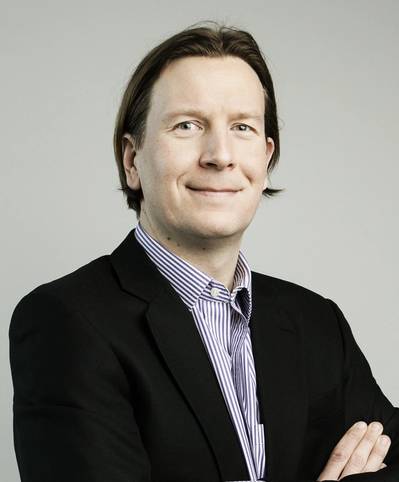 Norsepower CEO and co-founder Tuomas Riski has put a new spin on some established technology, bringing wind power back to shipping in an undeniably eye-catching manner. Here Nor-Shipping’s latest ‘Ocean Action Hero’ explains the benefits of his firm’s unique technology, his plans for building global market presence, and the key role Norsepower’s sails can play in enabling a more sustainable shipping industry.

“But isn’t there a problem that some people think it looks, you know… a bit odd?” Tuomas Riski laughs at a question that you quickly get the feeling he’s dealt with before. On numerous occasions.

It relates to the 18, 24 and 30-meter-long cylindrical ‘sails’ that Norsepower, the firm he set up in 2012, want to roll out across suitable vessels in the world fleet. Their ingenious modern take on the Flettner rotor, which was invented back in 1925, produces auxiliary vessel propulsion from wind, drastically cutting fuel consumption and emissions.

And drastic is the right word, with long-term average reductions of anywhere between 5 and 20%. In that respect the technology generates more than just energy – it creates both competitive advantage and significant environmental benefits. It is, or should be, a game changer for relevant shipowners everywhere.

Or at least those that can get used to the idea of sticking one or two great big composite tubes on their sleek vessel’s deck.

“When diesel engines came to market people said the funnels were so ugly compared to beautiful sails, and maybe they were right,” smiles the affable Finn. “But then they saw the benefits, the advantages the engines gave the vessels, and accepted them. It was simply a process of familiarization, and I think it’ll be the same here as we return to a more efficient source of wind power.

“What’s more,” he continues, “for passenger ships such as cruise liners and ferries, in addition to the fuel and OPEX savings, it’s a floating advert for their environmental commitment. The very fact these stand out in the way they do communicates directly to stakeholders, including increasingly ‘green’ passengers, that here we have a shipowner dedicated to optimal efficiency and responsible operations.

“I firmly believe that in the future passengers will see these as the equivalent of winglets on an airplane’s wings – they’ll realize it reduces fuel consumption and actively choose ships with this type of green tech.

“So, let’s embrace the fact it stands out! Let’s be proud of that.” Beauty, it seems, is more than skin deep. 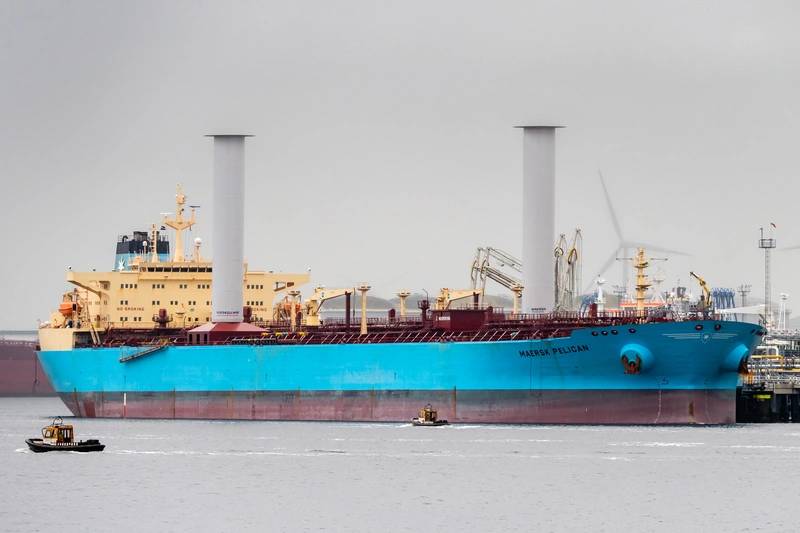 Riski is an impressive interviewee. A physics and economics graduate he has a history of entrepreneurship behind him that saw him play a key role in building one of Finland’s leading IT businesses (Innofactor Plc.), before exiting, quite simply, because he wanted to start a clean tech company and help reduce global carbon emissions.

He says he sees the need for the world economy to transition to cleaner power as an opportunity rather than a challenge, sowing the seeds for huge growth potential for the firms with the right mindsets, innovations and strategy. Norsepower seems to tick all three of those boxes, having refined the Flettner (which is basically a smooth cylinder with plates that is spinned along its axis), engaged key partners, raised over $20 million in development funding, and commenced a scale-up that should enable the team to reach EUR 100 million annual turnover by 2024.

“We have proof of concept now,” Riski states, “and with our composite manufacturing technology – and our plans to open a new production base in China later this year – allied to growing demand for clean tech there is huge potential ahead. Now is the time for action.”

Despite Riski’s winning blend of ambition and optimism, he is candid about the challenges the business has faced, particularly with regard to winning over industry doubters.

The first sails were installed back in 2014 on Finnish shipowner Bore’s 9,700 dwt RoRo Estraden and, it seems, performed exactly as expected. However, it wasn’t until 2018 that the next projects were completed, with sails fitted to Viking Line’s cruise ferry Viking Grace and to Maersk Tankers’ 245-meter-long crude oil tanker Maersk Pelican.

“I think that was the deal breaker for our acceptance in the industry,” he reveals. “As soon as you get big names on board then other owners begin to sit up and take notice. That’s been a real lesson for us. The shipping industry can be very conservative and it takes a long time to launch major new technology.

“But,” he says, smile returning, “it’s been worth the wait.”

Well, it certainly has for the three shipowners with Norsepower sails installed (there are a further three projects now in the orderbook). Together their units have seen 45,000 hours of successful operation, with a combined saving of over 1,700 tonnes of fuel and a reduction in CO2 emissions of more than 5,000 tonnes.

Riski says current ROI is in the range of three to nine years, but with increased manufacturing leading to reduced costs – not to mention the potential of more stringent environmental regulations leading to higher costs for fossil fuel operation – that timescale is set to come down.
“This isn’t just about being green,” he stresses. “It’s about a smarter way of doing business for shipowners. In that respect, it’s a clear win win.”

Alongside the endorsements from shipowners, Riski pinpoints Nor-Shipping 2017 as a key driver in generating awareness and acceptance of Norsepower’s bold proposition. It was that year’s Oslo and Lillestrøm based event week that saw him win the coveted Nor-Shipping Young Entrepreneur Award, which celebrates individuals under the age of 40 (he was then just 38) innovating to meet critical industry challenges. He received the award from Crown Prince Håkon of Norway in front of a packed audience of shipping’s “great and good.”

“That was fantastic for the business, not to mention a huge personal honor for me,” he comments. “Nor-Shipping is one of the world’s leading maritime fairs, and arguably the leader in terms of showcasing innovation, so it was a critical chapter in our story so far. I’d encourage anyone else (that’s a bit younger than me now) to go for it. It can make a real difference to your business.”

Nor-Shipping 2021 is focused on #ACTION and Riski sees plenty of that ahead for a business with such a firm focus on environmental and business efficiency:

“Our patented technology is robust, lightweight, reliable and extremely well balanced, with low maintenance costs and simple push button operation,” he states. “It’s not like traditional sails where there’s physical work required, here automated control systems tune the rotor sails in response to wind strength, direction and ship speed. The unit is constantly optimized to ensure peak performance. It is inherently simple and effective. Once people see that it becomes a much easier sell.”

Installation is also straightforward – “we’ve never had off-hire yet!” – with the only requirements sufficient deck space for a mounting block (meaning tankers, RoRos, bulk carriers and passenger ships are better suited than, for example, container vessels) and a low voltage electrical connection.

“For any vessels that operate frequently, where the sails have the space they need, we believe this technology can be a key enabler for sustainable shipping – both environmentally and commercially,” he concludes.

“Shipping has to play its part in the green shift and we can help the industry achieve its goals, in the short and long-term.” Suddenly those big composite sails aren’t looking too bad at all….