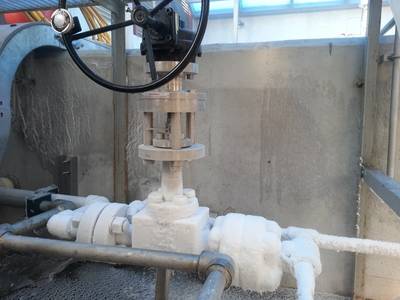 Bestobell Marine, part of the President Engineering Group (PEGL), has received an new order to supply its globe and check valves for Japan’s first high pressure fuel gas system that will be installed within a marine vessel.

The order will see Bestobell Marine supply a number of its cryogenic globe and check valves to be installed in two sister ships being built by Imabari Shipbuilding Group in Japan for Elcano.

Bestobell Marine’s valves are required for the carrier’s MAN ME-GI engines, where natural gas is injected into the engine at over 300bar pressure. MAN has sold more than 100 of these types of engines in the past two years, driving a rapid increase in demand for high pressure cryogenic valves for these fuel gas systems. Bestobell Marine said it is playing a major role in meeting the challenge created by this demand with its new range of high pressure valves.

The company has previously supplied its high pressure valves for fuel gas systems for a variety of projects, including five Teekay LNG (Liquefied Natural Gas) carriers being built at DSME (Daewoo Shipbuilding & Marine Engineering Co Ltd) in South Korea, two LNG carriers being built at HHI (Hyundai Heavy Industries) Shipyard in South Korea for Knutsen OAS Shipping of Norway and three LEG (Liquefied Ethylene Gas) carriers to be built in China for Ocean Yield of Norway, which are the first to use Ethane as a fuel.

As Bestobell Marine is currently the only established manufacturer of globe valves for use on ships that holds the necessary Type Approvals, certification and 3.2 traceability on all components, the company is in a great position to supply other high pressure fuel gas projects.