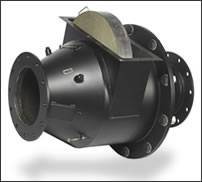 “Compliance with both RICE NESHAP and Opacity Limits is now possible with this catalyst that selectively oxidizes CO, but not NO. ”

Precious metal catalysts are widely used in HAPs converters to reduce CO emissions from IC engines in order to comply with the EPA’s RICE NESHAP regulation.  Platinum catalysts also convert the nitric oxide (NO) in the engine exhaust to nitrogen dioxide (NO2), which under certain conditions can produce a visible plume and cause an opacity problem.  To solve this dilemma, Johnson Matthey scientists—leading experts in catalytic technology-- developed a new catalyst that selectively oxidizes CO but does not oxidize NO.  This enables diesel and dual fueled reciprocating engines with high exhaust NOx emissions to not only meet the new federal RICE NESHAP requirements, but also to comply with state opacity regulations.

Standard HAPs converters were fitted to these two 8,656 bhp engines which operated on either ultra-low sulfur diesel fuel or dual fuel.  The standard converters met the RICE NESHAP CO oxidation requirements but also caused a high conversion of NO to NO2.  This resulted in the formation of an opaque yellow plume in the exhaust stack, which exceeded a State mandated 20 percent opacity limit preventing the operation of these engines.  Thus, Johnson Matthey set out to tackle this difficult technical problem by developing a new catalyst formulation in the laboratory and moving it quickly to the customer application.  The field application confirmed that the requirements for CO conversion and visible opacity can both be met with this new catalyst.  The CO conversion efficiency exceeded 90%, and there was no conversion of NO to NO2.  The opacity with the new catalyst was the same or less than it was before the catalytic converter was installed.

Johnson Matthey anticipates that many other high horsepower diesel engines will encounter the same opacity problem since these engines tend to have high NOx emissions. The new Johnson Matthey oxidation catalyst is the only one of its kind available today that can solve those problems as well and also meet RICE NESHAP requirements.