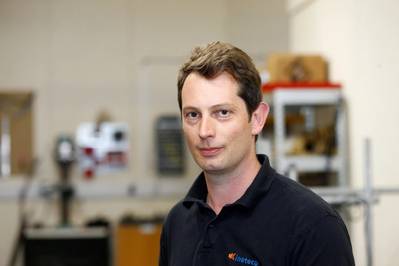 Kineteco added Hatraco, a Netherlands-based supply company, which will be tasked with increasing sales and raising Kineteco’s profile across continental Europe and Russia, aside from the Benelux countries.
This deal follows the earlier appointments of Atlantic Diesel Services (ADS) as UK distributor and Kemper en Van Twist (KVT) for the Netherlands, Belgium and Luxembourg.
Kineteco currently sells around 1,000 spring starters a year and has set a target to grow that to 5,000-10,000 in the next five years. The Asian and North American markets are also on its radar.
Kineteco’s prime market is maritime, targeting leisure and commercial marine, as well as the naval sector. The Kineteco spring starter is aimed at marine engines ranging from one to 14 litres.  Kineteco senior technical manager Max Sheppard said the company also has the potential to expand its sales further in agriculture, mining, oil and gas and general industry.
• Belgium • Benelux • continental Europe
Email