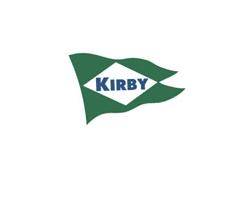 Diesel engine services revenues and operating income for the 2011 first quarter increased 18% and 31%, respectively, compared with the 2010 first quarter. The increase in revenues and operating income reflected a stronger medium-speed power generation market with engine-generator set upgrade projects and higher parts and engine sales, stronger maintenance cycles for Midwest and West Coast medium-speed marine customers, and an improvement in direct parts sales to transit railroad customers. These increases were offset by continued weak service levels and direct parts sales for both the medium-speed and high-speed Gulf Coast oil services markets.

Commenting on the 2011 second quarter and full year market outlook and guidance, Mr. Pyne said, “Our earnings guidance for the 2011 second quarter is $.67 to $.77 per share, reflecting a 24% to 43% increase compared with $.54 per share reported for the 2010 second quarter. This guidance range is larger than we typically give for a quarter. However, we currently have high water and lock issues on the Ohio River with the Ohio River north of Paducah closed for inbound and outbound traffic. These high water conditions will make their way into the Mississippi River, exacerbating current high water conditions on this waterway. Based on what we know today, we anticipate high water conditions throughout the Mississippi River System for the majority of the second quarter, thereby creating significant operating inefficiencies. On a positive note, our second quarter guidance reflects continued strong petrochemical and black oil products markets and continued modest increases in term and spot contract pricing. Our second
quarter guidance also assumes accretive earnings from our recently completed acquisitions.”

Mr. Pyne further commented, “For the 2011 year, we raised our earnings guidance to $2.70 to $2.90 from previous guidance of $2.55 to $2.80 per share, compared with $2.15 earned in 2010. Our high end guidance assumes continued strong petrochemical and black oil products markets with equipment utilization for these markets remaining in the low 90% range, and modest improvements in term and spot contract pricing. Our low end guidance assumes some deterioration in equipment utilization levels back to high 80% levels with term and spot contract pricing improving modestly later in the year. Both our 2011 year low end and high end guidance factors in an estimated $.02 to $.07 per share impact of the current high water and lock issues on our inland tank barge segment. Our guidance also assumes our diesel engine services segment will continue to face challenges in its Gulf Coast oil services market, with some gradual improvement as the year progresses, and assumes stable marine and power generation markets. In addition, our full year low and high end guidance assumes accretive earnings from United in the $.20 to $.25 per share range and assumes K-Sea’s earnings contribution will be offset by one-time merger transaction fees of approximately $.05 per share. Our 2011 capital spending guidance range is $220 to $230 million, including approximately $100 million for the construction of 40 new inland tank barges and three new inland towboats, and approximately $36 million in progress payments on the construction of a new offshore integrated dry-bulk barge and tugboat unit with an estimated total cost of $50 million.”

On April 15, 2011, Kirby purchased United Holdings LLC (“United”), a distributor and service provider of engine and transmission related products for the oil and gas services, power generation and transportation industries, and a manufacturer of oilfield service equipment. The purchase price was $270 million in cash, before post-closing adjustments. In addition, there is a three-year earnout provision for up to an additional $50 million payable in 2014. United, headquartered in Oklahoma City, Oklahoma with 21 locations across 13 states, distributes and services equipment and parts for Allison Transmission, MTU Detroit Diesel Engines, Daimler Trucks NA, and other diesel and natural gas engines. United also manufactures oilfield service equipment, including hydraulic fracturing equipment. United’s principal customers are oilfield service companies, oil and gas operators and producers, compression service companies and transportation companies. The acquisition was financed through Kirby’s operating cash flows and from borrowings under Kirby’s revolving credit facility.

On March 13, 2011, Kirby announced the signing of an agreement to acquire K-Sea Transportation Partners L.P. (“K-Sea”), an operator of tank barges and tugboats participating in the coastwise transportation primarily of refined petroleum products in the United States, pursuant to which a subsidiary of Kirby will merge with K-Sea, with K-Sea surviving the merger as a wholly owned subsidiary of Kirby. The total value of the transaction is approximately $600 million, before fees. The consideration will consist of cash, Kirby common stock and the refinancing of K-Sea debt. Financing of the acquisition will be through a combination of existing cash flows, common stock, borrowings under Kirby’s revolving credit facility and a new $540 million five-year unsecured term loan.

K-Sea’s fleet, comprised of 58 tank barges with a capacity of 3.8 million barrels and 63 tugboats, operates along the East Coast, West Coast and Gulf Coast of the United States, as well as in Alaska and Hawaii. K-Sea’s tank barge fleet, 54 of which are doubled hulled, has an average age of approximately nine years and is one of the youngest fleets in the coastwise trade. K-Sea’s customers include major oil companies and refiners, many of which are current Kirby customers for inland tank barge services. Headquartered in East Brunswick, New Jersey, K-Sea has major operating facilities in New York, Philadelphia, Norfolk, Seattle and Honolulu.

On April 13, 2011, the Federal Trade Commission granted Kirby early termination of the Hart-Scott-Rodino waiting period for the acquisition of K-Sea. The transaction is anticipated to close in the 2011 third quarter.

A conference call is scheduled at 10:00 a.m. central time tomorrow, Thursday, April 28, 2011, to discuss the 2011 first quarter performance as well as the outlook for the 2011 second quarter and year. The conference call number is 800-446-2782 for domestic callers and 847-413-3235 for international callers. The leader’s name is Steve Holcomb. The confirmation number is 29509420. A live audit webcast of the conference call will be available to the public by visiting Kirby’s website at http://www.kirbycorp.com/. A written conference call transcript will be available to the public from Friday, April 29, 2011 through 5:00 p.m. central time on Friday, May 27, 2011 by visiting Kirby’s website at http://www.kirbycorp.com/.

The financial and other information to be discussed in the conference call is available in this press release and in a Form 8-K filed with the Securities and Exchange Commission. This press release and the Form 8-K include a non-GAAP financial measure, EBITDA, which Kirby defines as net earnings attributable to Kirby before interest expense, taxes on income, depreciation and amortization. A reconciliation of EBITDA with GAAP net earnings attributable to Kirby is included in this press release. This earnings press release includes marine transportation performance measures, consisting of ton miles, revenue per ton mile, towboats operated and delay days. Comparable performance measures for the 2010 and 2009 years and quarters are available at Kirby’s web site, http://www.kirbycorp.com/, under the caption Performance Measurements in the Investor Relations section.