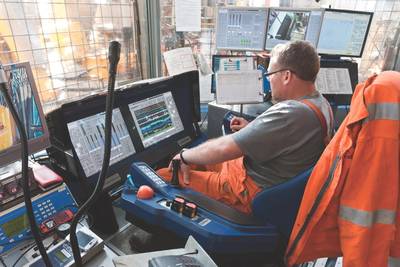 Maersk Drilling expands its activities in West Africa with the signing of a contract for the jack-up Maersk Endurer with Addax Petroleum, owned by Sinopec, which is one of the largest oil and gas producers in the world. The contract duration is two years and the value is around USD 100 million. Expected commencement is late October 2012.

“We are pleased to have signed this contract with a very experienced operator in West Africa, which is a priority market to us due to its significant resources and importance to the global oil and gas supply,” says Martin Fruergaard, Chief Commercial Officer in Maersk Drilling.

The Maersk Endurer is a harsh environment jack-up. It was acquired by Maersk Drilling in 1996 and significantly refurbished and upgraded for work on the challenging Shearwater field in the UK Sector of the North Sea. The extensive modification scope covered, amongst others, a new accommodation block, new drillfloor/derrick and full compliance for HPHT operations.