Maersk Lines Up More Green Methanol Fuel Supply in the US 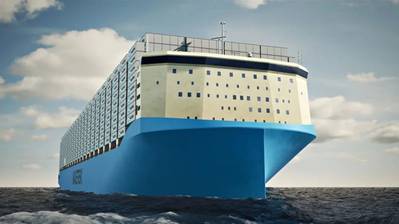 Danish shipping giant A.P. Moller - Maersk announced it is partnering with U.S.-based SunGas Renewables to secure a supply of green methanol to fuel its next generation of cleaner burning containerships.

Under a recently signed letter of intent (LOI), SunGas Renewables, a spin-out of GTI Energy, will produce green methanol from multiple facilities that it will develop in the U.S. from which Maersk intends to offtake methanol. Slated to begin operations in 2026, the first facility is expected to produce approximately 390,000 tonnes annually.

The SunGas facilities will utilize the Houston-based company's System 1000 platform to convert sustainably sourced residues from the forestry and wood products industries into green methanol.

The green methanol supply deal is Maersk’s ninth as part of its efforts to accelerate global production of green methanol needed for the 19 containerships it currently has on order which are capable of operating on the low carbon fuel. In March, Maersk announced six partnerships with CIMC ENRIC, European Energy, Green Technology Bank, Orsted, Proman and WasteFuel with the intent of sourcing at least 730,000 tonnes per year by the end of 2025. A seventh partnership with Debo was added in August followed by an eighth with Carbon Sink in November.

According to Maersk, which aims to achieve net zero greenhouse gas emissions across its entire business by 2040, its 19 new methanol-fueled ships will generate annual CO2 emissions savings of around 2.3 million tonnes when deployed to replace older vessels.