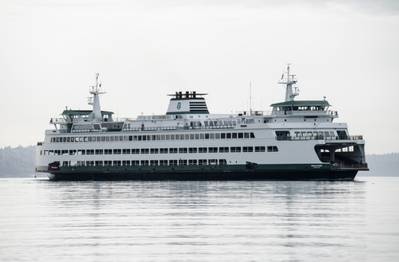 Wenatchee under way before the accident. (Photo: Washington State Department of Transportation​)

An improperly tightened fastener led to a diesel engine failure on the passenger and car ferry Wenatchee near Bainbridge Island, Wash., resulting in nearly $3.8 million in damages, the National Transportation Safety Board (NTSB) said Tuesday.

On April 22, 2021, the catastrophic failure of the no. 3 main engine aboard the Wenatchee during a sea trial in Puget Sound led to the ejection of components from the engine and resulted in a fire in the no. 2 engine room. No injuries or pollution were reported.

In November 2020, the Wenatchee, operated by Washington State Ferries (WSF), was taken out of service for maintenance. During the maintenance period, two of the four main diesel engines, numbers 2 and 3, were overhauled by factory-trained technicians. In February 2021, following the completion of engine overhauls, the vessel crew conducted engine tests. Alarms activated for the no. 3 main engine. Crew members found pieces of a cigarette lighter in the lube oil system. Technicians returned to inspect the engine and recover the pieces; they advised WSF it was acceptable to run the engine.

On April 22, while the vessel was conducting a post-maintenance sea trial in Puget Sound, the no. 3 main engine experienced a connecting rod assembly failure and ejected components that breached the crankcase, resulting in the ignition of hot pressurized gases that were released in the engine room. The crew of the Wenatchee effectively contained the spread of the fire by stopping all fuel supply and ventilation to the engine room and isolating the space. 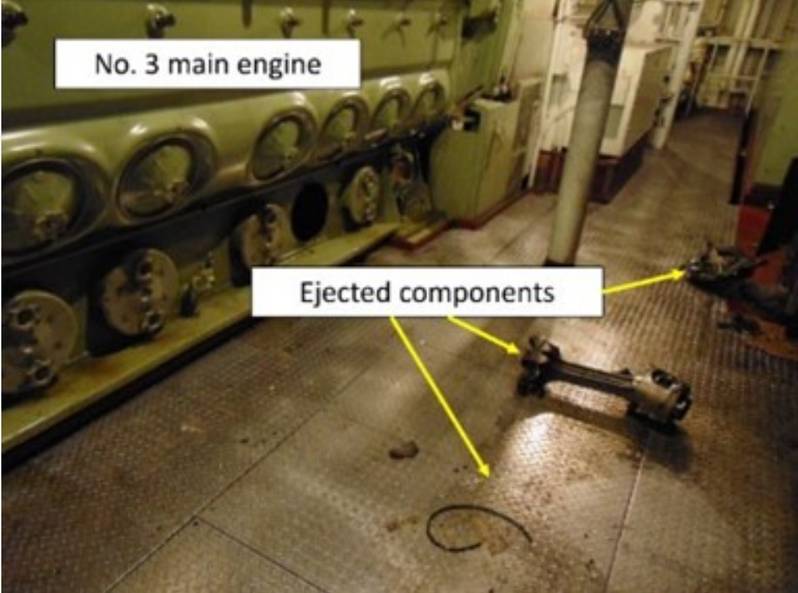 The NTSB determined the probable cause of the mechanical failure of the no. 3 main engine was a connecting rod assembly that came loose and separated from the crankshaft due to insufficient tightening (torqueing) of a lower basket bolt during the previous engine overhaul.

“When installing fasteners, personnel should use a calibrated torque wrench, follow the manufacturer's recommended tightening guide and torque values, and verify that all required torque requirements have been completed," the report said. “Undertorqueing a fastener may cause excess vibration or allow the fastener to come loose, while overtorqueing may lead to failure of the fastener or the machinery component being secured."

The NTSB noted it has previously investigated other causalities caused by improperly torqued fasteners, including an engine room fire aboard the cruise ship Carnival Liberty in 2015, a fire aboard bulk carrier Nenita in 2016 and an engine failure on the offshore supply vessel Red Dawn in 2017.

A new barge is being built to help capture and treat stack exhaust from vessels in the Ports of Los Angeles and Long Beach.Produced…